Adam Levine Does Damage Control: Claims His ‘I Hate This Country’ Comment Was Grossly Misunderstood 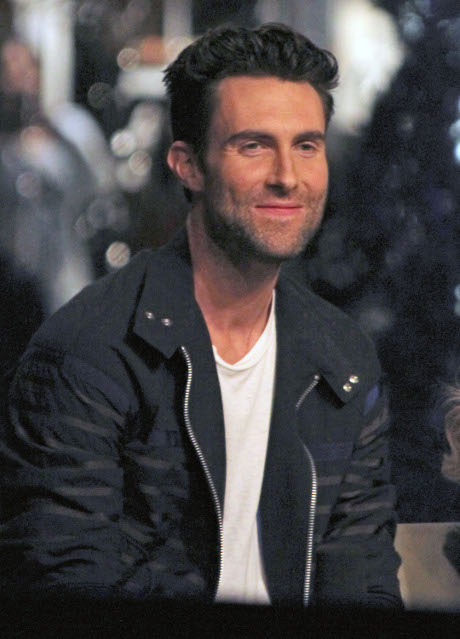 Is it just me, or is Adam Levine starting to come off as slightly… douchey? I still think the guy’s very charming, but he’s been coming off as a bit more cocky than normal during his last few appearances on the Voice. Of course, nothing tops his most recent controversy – after losing two contestants during the elimination round on Tuesday’s results show, Levine can be seen getting frustrated and then he was heard off-camera saying, “I hate this country.”

Needless to say, his comment has caused a massive controversy and a huge amount of backlash. Viewers have been taking to Twitter in a barrage of comments against Levine and his seemingly Anti-American sentiment towards the voters.

So what did Adam Levine do to address this controversy? Go on Twitter, of course. He suggested that he was joking and his comment was misunderstood, and basically told viewers that they were humorless.

He also did this in the most obnoxious way possible. Instead of just tweeting a message to say that he’s sorry and that he meant the comment as a joke, he started uploading definitions to Twitter. His first tweet was, “Joke- noun 1. Something said or done to provoke laughter or cause amusement, as a witticism, a short and amusing anecdote, or prankish act.” His next tweet was, “Hu·mor·less (hymr-ls) adj. 1. Lacking a sense of humor. 2. Said or done without humor.” The one after that stated, “Light·heart·ed Function: adjective 1 : free from care, anxiety, or seriousness : happy-go-lucky 2 : cheerfully optimistic.” And finally, his last tweet read, “Mis·un·der·stand Pronunciation: \(ˌ)mi-ˌsən-dər-ˈstand\ Date: 13th century 1 : to fail to understand 2 : to interpret incorrectly.”

Gee, Adam, thanks for teaching us the definition of words we already knew. If he was annoying before, he’s gone into obnoxious territory now. He’s clearly demeaning the people that were Tweeting against him, and of course, his ego was too big to allow him to give out a simple apology. No, instead he had to go on Twitter and act like he was better than everyone who was upset.

Do you guys think his series of Tweet definitions were enough of an apology? Do you think the Adam Levine “I hate this country” comment warranted the amount of anger he received? Let us know what you think in the comments.