BY Stephanie Guerilus on March 20, 2013 | Comments: one comment
Related : All My Children, Soap Opera, Susan Lucci 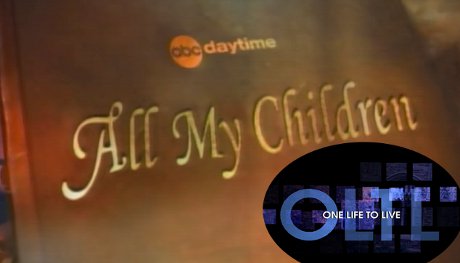 ‘All My Children’ and ‘One Life to Live’ have returned from their deaths just like any good soap opera character. Following their cancellations in 2011 and 2012 and an online reboot that failed to initially launch, they’re back with a vengeance starting April 29. Hulu just released a behind the scenes teaser of the casts during a recent photo shoot.

The short Save the Date trailer showcased stars as they gathered to take their official promo shots for their shows. In between takes, they discussed their excitement about bringing the serials back and how much they owe the fans. Hell hath no fury like soap fans scorned and the wrath of Erica Kane paled in comparison when OLTL and AMC were given the axe by ABC. Marches were held, boycotts were organized and voodoo dolls were probably put into use.

It took some time, but the wrong committed by ABC has finally been corrected. New episodes of the shows will air on The Online Network. Following the airings, fans will be able to buy the 30 minutes through Hulu.com and iTunes.

A return from the dead has never been better. Except when Dixie Cooney returned to the land of the living courtesy of David Hayward. Her rise made it easier to enjoy pancakes again.