Fifty Shades Of Grey Movie: Will Amber Heard Be Cast As Anastasia Steele? 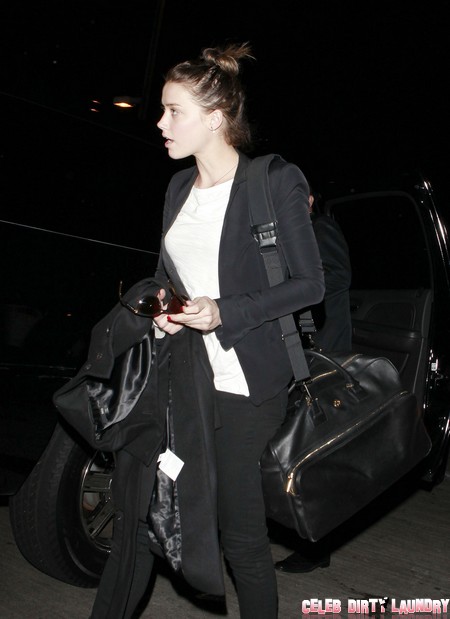 The Fifty Shades of Grey Movie casting war is taking a couple of new twists and turns. According to recent polls, the role of Anastasia Steele is neatly divided between Mila Kunis, Emma Watson, Felicity Jones, Ashley Greene, and Kristen Stewart. However, Celebs Gather came up with a brand new actress that could actually pull off Anastasia Steele as a believable and powerful character.

“Amber Heard is one actress who doesn’t shy away from nude scenes—she stripped down in The Informers, The Rum Diary, and The Joneses. Amber also isn’t too old to play Ana at age 26—she could probably pull off portraying a 21-year-old if an older actor like Ian Somerhalder or Matt Bomer gets cast as Christian Grey,” writes Celeb Gather. InStyle UK magazine also recently included Heard in their list of Anastasia Steele could-be’s, so she’s definitely a strong contender for the role.

The bisexual actress is popular amongst the LGBT community, as well as the entertainment tabloid outlets. Her recent whirlwind relationship with Johnny Depp – she eventually dumped him for a French model – and her extremely salacious personality have made headlines all over the world. This is a great point for the casting directors of Fifty Shades – Heard will get people talking and will keep them talking until the trilogy is completed. She would be a very, very daring choice, but this will work on so many levels. The film, albeit overhyped, requires two strong leads with brilliant chemistry – if either fails, the film will fail due to this. We doubt, however, if Heard will be up to the challenge.

What do you think readers? Can you see Amber Heard playing Anastasia Steele in the film adaptation? Do you think she’ll make for a great Anastasia? Let us know your thoughts in the comments below.