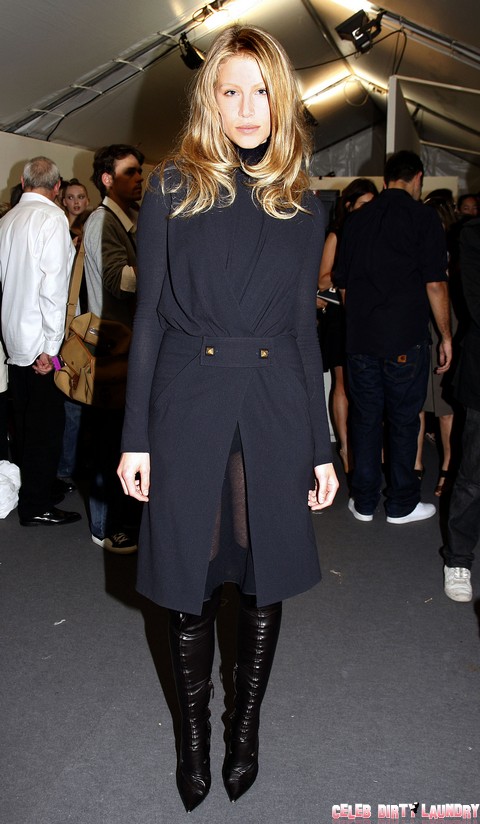 Amber Heard’s love life has brought her more fame this past year than her career has. First fingers were pointed directly at her when Johnny Depp left his longtime love, Vanessa Paradis. Then we learned that the new couple was head over heels in love and that Depp dropped a cool 10 million on a mansion in Tennessee for the lovebirds to share. Depp and Amber’s love affair wasn’t written in the stars and after about 8 months she was sick of walking on eggshells because of his moods and needed someone whose heavy drinking didn’t affect their ability to perform in the bedroom, so she pulled the plug.

Bisexual amber was introduced to Marie de Villepin last October by her ex-girlfriend and apparently the two hit it off. Marie is a French model and also the daughter of former French premier Dominique de Vellepin.  The 26-year old actually has a law degree from a French university but has opted to pursue a career in modeling and acting.

The new couple have seemed to grow closer in the last few months and they have been spotted together out and about in France, enjoying the city and each other. I’m not too surprised that Amber ditched Johnny, who was set in his ways and lived a totally different lifestyle than she was accustomed to. Rather than playing stand-in mom to his kids she’d much prefer jet setting across the world with a hot model on her arm!

Do you think Amber and Marie have gotten serious or is this just a fling that will burn out just as quickly as it caught fire?  Amber has said she doesn’t prefer one gender over the other, she just loves who she loves. Is she ultimately better off with a multifaceted woman like Marie? Tell us your thoughts in the comments below!