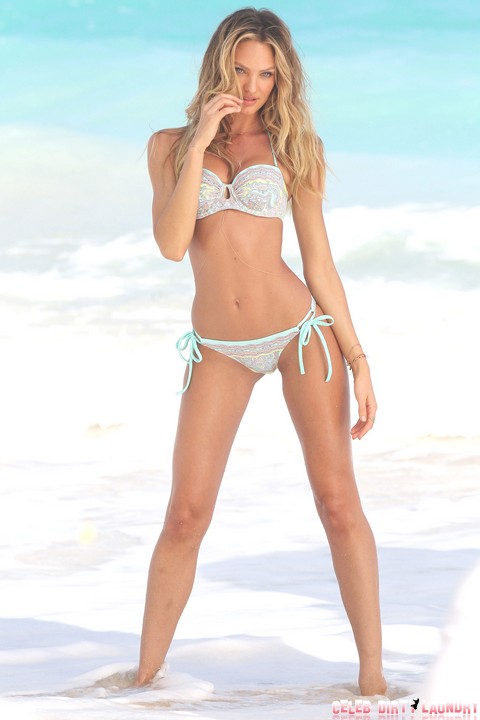 Everyone in Hollywood seems to want a part in the film adaptation of Fifty Shades of Grey, including Justin Bieber.  Yeah I know, it’s a real stretch to me too but hang on for a minute and let me tell you about the latest casting rumor. Apparently Justin’s fans think that if you put a slick suit on the underage singer and give him a cool ride then he can pass for Christian Grey, a twenty-something business genius/BDSM connoisseur.

Now let’s add to the fantasy because Fifty Shades is all about the fantasy aspect for its millions of fans. Instead of having a powerhouse actress cast as Anastasia Steele, some fans think a Victoria’s Secret model is a better idea. Plus we all know that Justin has a bit of trouble staying away from them, so maybe someone like Candice Swanepoel is a good idea.  She has acted a tiny bit and Justin’s management believes that with the right role he could easily conquer the film industry.

Reality check, I want to see Christian Grey brought to life on the big screen just as much as the next series fan, but in order to get me into the theater Christian Grey is going to have to be portrayed by a man. A good, solid guy that can take control and make me wish that I was Ana (or the actress playing her).

Justin will never in a million years get that reaction out of me. My skin crawls just a little even thinking about it. Casting him would be a great way to ruin any hope of the movie being a hit, don’t you think? Could he pull off a convincing Mr. Grey? Would you want to see him try it? Tell us your thoughts in the comments below!

Editor’s Note: Justin Bieber as Christian Grey = LOL, but I can see him as Peter Pan.