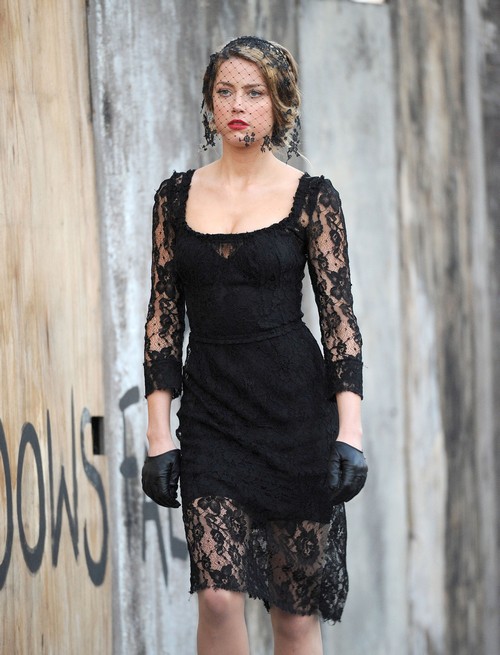 Up until this point actress Amber Heard, best known as Johnny Depp’s girlfriend, seemed refreshingly anti-Hollywood. She doesn’t court the media to get attention just for the sake of attention (like countless others), and was even quoted in Flare’s September’s issue as saying, “I want to be an artist. I don’t want to be a celebrity.” This may very well be true, but it appears that her celebrity might be going to her head because Amber, who is currently in the UK filming scenes for the crime thriller London Fields, threw a tantrum on-set that brought production to a temporary standstill.

A source told Daily Mail that ‘There were some people watching the shoot outside, then Amber came out to film.” The actress got visibly upset about the onlookers, particularly at one individual who was watching. The source said, “Right in the middle of the scene she stopped and said, ‘How am I supposed to do this when all I can see is that guy in my eyeline?” Next thing, they put up a screen so Amber could film her scene without any distractions.”

Oh Amber say it ain’t so, have you not heard what diva antics like this can do to a budding – and even established – acting career!?! Just ask Katherine Heigl, everyone is replaceable – especially in Hollywood.