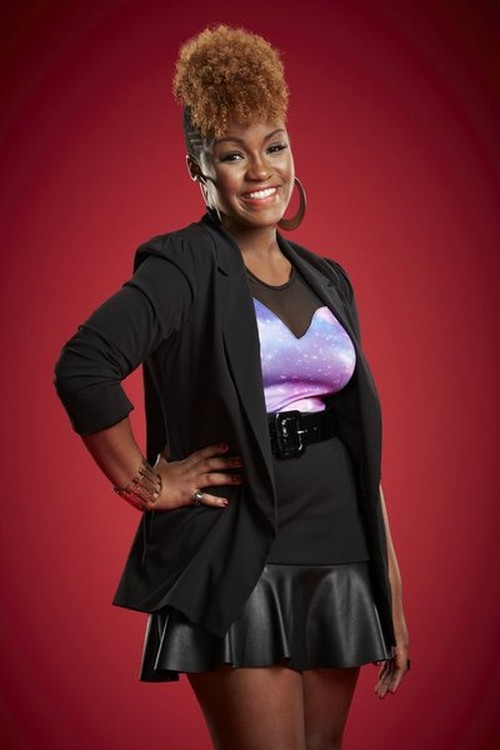 Amber Nicole took the stage tonight on THE VOICE for her Top 20 video performance.  Amber sang “Wasting All These Tears” by Cassadee Pope.  Tonight’s show the top 20 performed live in front of coaches Christina Aguilera, Adam Levine, CeeLo Green and Blake Shelton for America’s vote and a chance to move on to the top 12.  Did you miss tonight’s episode?  If you did, we watched it and we recapped it here for you.   If you missed any of the performances, you can see all the videos here!

Amber Nicole is from team CeeLo; she was previously with Christina but stolen by CeeLo in the knock out rounds. Amber mentions she’s been getting a lot of support from her family and is motivated to be the best she can be; CeeLo gave her a country song wanting to show case how different her range is

Judges Comments: Adam says that she looks beautiful and loves how CeeLo makes his artist go a different route; the only thing that bothered him was the big note which was a little under but in general it was really good. Blake says that he could of made her do country, he believes that she did a good job and agreed with Adam on that one note. Christina says she loves Amber and she is so happy she found a home in CeeLo but says that country suits her with her twist on it; she really enjoyed her performance and the note was a little too sharp. CeeLo says that she looks beautiful tonight and she did a great job, he believed his challenge wasn’t all that hard for her and was impressed at how great she did.