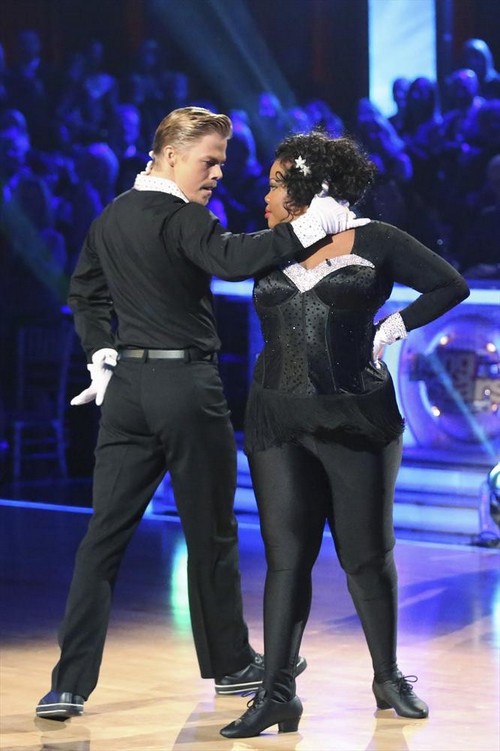 Tonight on Dancing With The Stars Finale Week begins and the couples competed in three rounds of dance.  For the last round Amber Riley danced a Supersized Freestyle.  Historically the freestyle is one of the most entertaining dances of the season.  Check out Amber’s DWTS bio [CLICK HERE] If you missed tonight’s show you can read a full and detailed recap, right here.

On tonight’s show the four remaining couples competed in three rounds of dance.In the first round, each couple will take on the “Judges Pick” and repeat a selected routine from earlier in the season. In round two, the couples will be challenged to a Samba relay, where each pair dances to a different section of the same song. The Samba relay will be accompanied by 90’s hip hop group TLC who will perform their classic hit “No Scrubs.”

On last week’s show Amber was given a 40/40 for her Viennese Waltz routine.  Carrie Anne said this about her performance, “You brought me to tears. You are just something special Amber Riley.”   If you missed any of last week’s performances, you can check out all the videos, right HERE.

Judges Comments: Len “Six guys out there and it was all about you.” Bruno “You are a leading lady, nobody could take their eyes off of you.” Carrie Ann “I agree, you were in control the whole time, you were like a Diva dancing James Brown.”