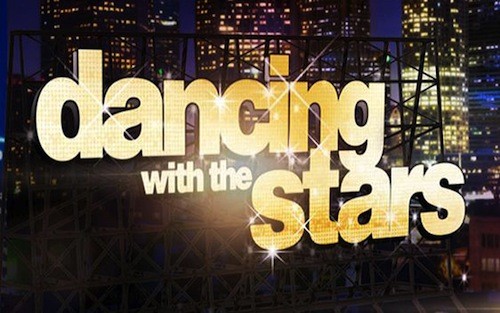 Tonight on ABC Dancing With The Stars the first of the two-part season finale airs.  After 10 weeks of entertaining, stylized dancing four couples remain – but only one will take home the coveted Mirrorball trophy.  On tonight’s episode the competition heats up as the remaining four couples compete in the finale and dance not one but three dances.  Did you watch last week’s episode when the celebs learned an individual new dance and participated in a group dance?  We did and we recapped it right here for you.  If you missed any of the performances from last week, we have all the videos HERE for you to watch!

On last week’s show the couples had to rise to a new challenge and perform to two different versions of the same song. In the first round of competition, the couples will perform either a Jazz, Paso Doble, Cha Cha or Tango routine to an original or “plugged” version of their selected song. In round two of competition, the couples will perform either a Viennese Waltz, Argentine Tango or Rumba routine to an acoustic or “unplugged” version of that same song.  At the end of the night,Leah Remini and Tony Dovolani were sent home.

“Dancing with the Stars” season 16 Champion Kellie Pickler returns to open up the show with her country hit “Little Bit Gypsy,” accompanied by the pro dancers. The four remaining couples will then compete in three rounds of dance. In the first round, each couple will take on the “Judges Pick” and repeat a selected routine from earlier in the season. In round two, the couples will be challenged to a Samba relay, where each pair dances to a different section of the same song. The Samba relay will be accompanied by 90’s hip hop group TLC who will perform their classic hit “No Scrubs.” In the last round, and one of the biggest competitive dances of the season, the couples take on a supersized freestyle featuring special effects, additional dancers and unexpected surprises. At the end of night, one couple will be eliminated based on the previous weeks’ viewer votes, combined with the judges’ scores from Monday night.

Bill Engval and Emma Slater dancing the Viennese Waltz to “She’s Always A Woman To Me.” Len provides some motivation in the practice and tells Bill he wants 9’s and 10’s tonight. Judges Comments: Len “There was an improvement in the movement of the arms, but you lost your timing.” Bruno “I have to say that we all love you because you are genuine, what you see is what you get. You tried very hard, but your timing was off.” Carrie Ann “Honestly I never thought I would see you here, what I think is special about you is that you have always stayed true and give 100% but no improvement on the musicality.” Judges Scores: Carrie Ann 8, Len 8, Bruno 8 = 24 [VIDEO HERE]

Corbin Bleu and Karina Smirnoff dancing the Quick Step. Len drops by to remind Corbin that he can get a higher mark if he applies himself. Judges Comments: Len “Last time it was hectic, this time was better but your left arm was flying around a little bit. Although it was an improvement.” Bruno “If you did that on a highway you would get a speeding ticket, you were out of sync. The steps were hard but well done for it.” Carrie Ann “I didn’t see an improvement, it didn’t get tighter, get your mojo back this is the finals.” Judges Scores: Carrie Ann 9, Len 9, Bruno 9 = 27 [VIDEO HERE]

Jack Osbourne and Cheryl Burke dancing the Jive to “Going Up The Country”. Bruno stops by and tells Jack to watch his toes, keep them pointed. Judges Comments: Bruno “The kicks were good but the timing what out the window. You improved, your transformation is incredible from day one, but get yourself together.” Carrie Ann “I thought it was a 10 the first time, not this time, you were out of sync.” Len “It’s bad news that you lost it early on, the good news is that there are two dances left, don’t lose your nerve.” Judges Scores: Carrie Ann 8, Len 8, Bruno 8 = 24 [VIDEO HERE]

Amber Riley and Derek Hough dancing the Charleston. Carrie Ann offers some advice, she tells them to keep in sync, sharp and crisp. Judges Comments: Carrie Ann “I am so proud of you, you out did yourself even though you started this competition at the top.” Len “This is the most improved by far out of all the dances.” Bruno “Your footwork was as a sharp as a razor blade tonight.” Judges Scores: Carrie Ann 10, Len 10, Bruno 10 = 30 [VIDEO HERE]

Next up is the Samba relay and the couples will be all dancing on the floor together performing to TLC’s “No Scrubs”.  Jack & Cheryl are the first couple to dance, then Amber & Derek, followed by Bill & Emma and Corbin & Karina. Len thought it was clean and crisp, but one lacked rhythm and one nailed it. Bruno thought it was sexy and cool. Carrie Ann was impressed with Corbin and says that Amber nailed it; she also thought Jack & Cheryl made a comeback while Bill had his best moves yet. The points from this round will boost all the scores. [VIDEO HERE]

In fourth place is Bill & Emma with 2 points, 3rd place is Jack & Cheryl with 3 points, Amber & Derek were in second place with 4 points and Corbin & Karina in first place with 5 points.

We have come to the round that everyone has been waiting for, the freestyle.

Bill Engval and Emma Slater will be dancing freestyle to an Indiana Jones theme. Judges Comments: Len “You may have lost your ark but you have not lost your ability to entertain. You always put your little quirks, I really enjoyed, very entertaining.” Bruno “This was naughty and indescribable.” Carrie Ann “You are every man’s man dancing hero, I love what you do.” Judges Scores: Carrie Ann 8, Len 9, Bruno 8 = 25 for a total of 51. [VIDEO HERE]

Corbin Bleu and Karina Smirnoff dancing hip hop freestyle to Michael Jackson’s “Smooth Criminal”. Judges Comments: Bruno “You killed it, you combined some iconic Michael Jackson moves that made it magic.” Carrie Ann “This was a big bite to chew, you nailed it.” Len simply gives a standing ovation. Judges Scores: Carrie Ann 10, Len 10, Bruno 10 = 30 for a total of 62. [VIDEO HERE]

Jack Osbourne and Cheryl Burke dancing freestyle. Judges Comments: Carrie Ann “That was a show stopper, fitting for a king, the best fairytale ending.” Len “You were under so much pressure, your family should be so proud of you, that was a true show stopper.” Bruno “Hooray for Hollywood and hooray for Jack, Cheryl did an incredible job.” Judges Scores: Carrie Ann 10, Len 10, Bruno 10 = 30 for a total of 57. [VIDEO HERE]

Amber Riley and Derek Hough are putting some stepping into their freestyle routine. Judges Comments: Len “Six guys out there and it was all about you.” Bruno “You are a leading lady, nobody could take their eyes off of you.” Carrie Ann “I agree, you were in control the whole time, you were like a Diva dancing James Brown.” Judges Scores: Carrie Ann 10, Len 10, Bruno 10 = 30 for a total of 64. [VIDEO HERE]