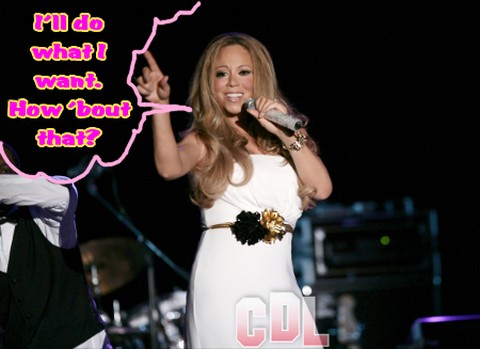 American Idol definitely didn’t see this coming. Nine former contestants from the talent show have sued the program charging racism for allegedly booting them off “for a plot to boost ratings”. Corey Clark (Season 2), Jaered Andrews (Season 2), Donnie Williams (Season 3), Terrell Brittenum (Season 5), Derrell Brittenum (Season 5), Thomas Daniels (Season 6), Akron Watson (Season 6), Ju’Not Joyner (Season 8) and Chris Golightly (Season 9) have all come together to file the lawsuit against the production company when it was noted that when looking back at the people who were disqualfiied from the competition, they were all black.

The ‘Idol rejects have hired James H. Freeman to take on the case when it was filed at the U.S. Equal Employment Opportunity Commission. The New York attorney did some research into this whole “racial abuse” and supposedly found out that the show’s intensions were to humiliate colored people and make them look like a joke to the millions of viewers at home, simply for entertainment.

In the letter, Freeman claims that when a black contestant is asked whether they have been arrested in the past, it’s a violation against the CA employment law. But that’s not all, when the contestants confess about their past, producers will use this against them as no one can go to Hollywood week without having a clean record — that’s just how it works! Nobody wants to idolize someone with a criminal record, right?

Freeman continues that once producers are aware of the contestants’ background check, they will exploit them and humiliate them before having them being sent home in a perpetuated “destructive stereotype” about black people. Do you agree with this? It’s a little weird that only black people get disqualified from the show, but — well, there’s really no reason to it, other than, if you’re a violent person who has a record for doing terrible things, you only have yourself to blame.

Idol’s executive producer Nigel Lythgoe who was said to be “shocked” by the claims that were made earlier today, gave out a statement about the allegations against one of the biggest shows in America. He says: “We treat everybody the same … no matter the race, religion or sex. I think we’ve always had a fantastic share of talent from contestants both black and white … I don’t think I’ve ever seen racism at the show.”