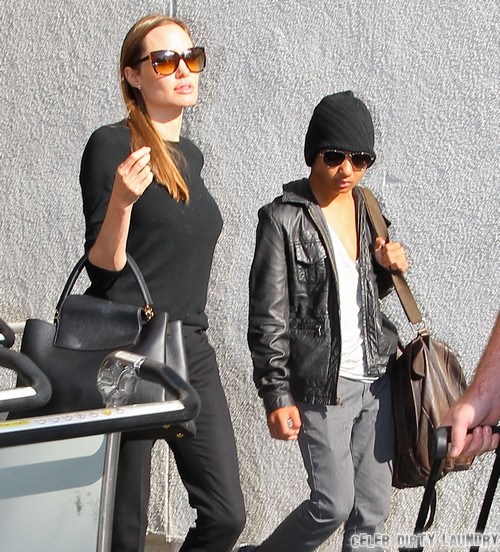 According to her father, Jon Voight, Angelina Jolie is recovering well from her double mastectomy surgery and ‘doing good’. Jon was present at the premiere of his latest film in LA when he was asked about his once estranged daughter, and he revealed, “She’s getting ready to do her film, to direct her film.”

Jon had previously not known about her decision to undergo the mastectomy, and had stated that he was as ‘surprised’ and ‘moved’ as anybody else when he found out. Of course, his relationship with Angelina has always been fraught with complications, but it really seems like they’ve buried the hatchet over the past few years. He genuinely seems to dote on his grandchildren, even as he does continue to discuss Angelina with interviewers, something that caused the problems between them in the first place.

Jolie’s next film, which she will be directing, is Unbroken, which is based on the true story of Louis Zamperini. There are already rumors that she could be on the shortlist for Academy recognition if she manages to pull off this film, which is set to begin filming over the next couple of months. Jolie was spotted scouting for locations in Hawaii last month, and it’s rumored the children will stay with her while Brad is filming Fury.

What do you guys think about Angelina’s relationship with her father? It’s normal for any proud father to discuss his daughter and his daughter’s well being in public, right? Should he be more careful about the details he discusses? Let us know your thoughts in the comments.