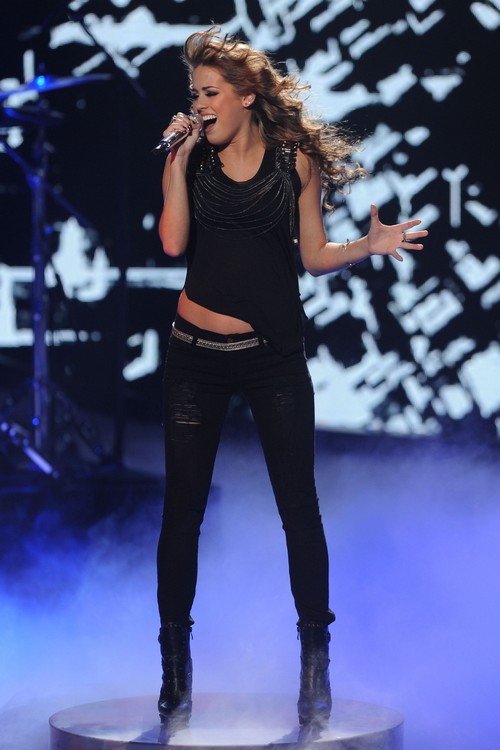 19-year-old Massachusetts native ANGIE MILLER performed “Love Came Down” by Kari Jobe for her Top 6 AMERICAN IDOL performance tonight.  She said about the song, “It’s definitely not a well known song but I’m so excited for people to hear it.”  Did you watch tonight’s show? We did and we recapped it here for you.   The contestants sang two songs tonight, one will be from Burt Bacharach and Hal David songbook and the other will be “A Song I Wish I Had Written.”

On last week’s show the judges were pleased with Angie’s performance of Evanescence’s most popular song, “Bring Me To Life.”  We did thought she butchered the song, but she still survived elimination. Nicki said, “She stayed true to the genre and it was a perfect choice. Her voice sounded amazing.”