Arnold Schwarzenegger & Maria Shriver Not Over Yet – Reconciliation In The Works? 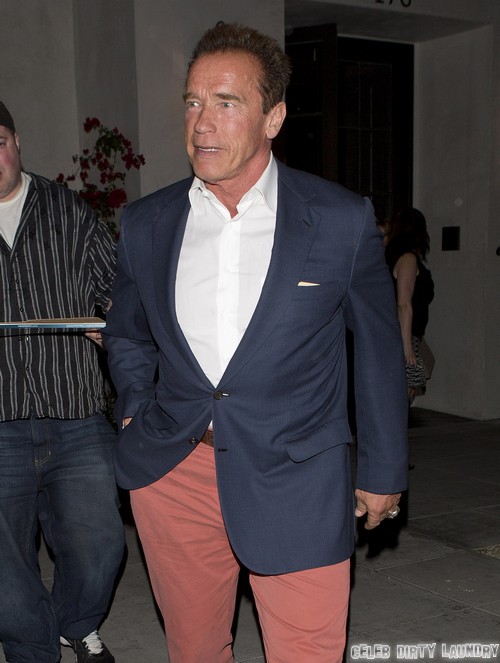 It appears that things aren’t over between Arnold Schwarzenegger and Maria Shriver just yet. Neither of them are in a rush to finalize their divorce, leaving hope for Arnie that he can still salvage the pieces of his marriage.

Some say that the real reason they haven’t signed off on the documents is because there is no hurry. In fact, they believe that the divorce won’t negatively affect the couple and won’t change anything in their daily lives.

On the other hand, however, some folks are saying that the couple is still holding out hope for a reconciliation. Would you lose all respect for Maria if she does end up taking him back?

Despite the thought that they might reconcile, we’ve also heard the rumors that Arnold has a girlfriend. So perhaps the first train of thought is correct and their divorce is just paperwork to them.

What do you think? Leave us your thoughts in the comments section below!