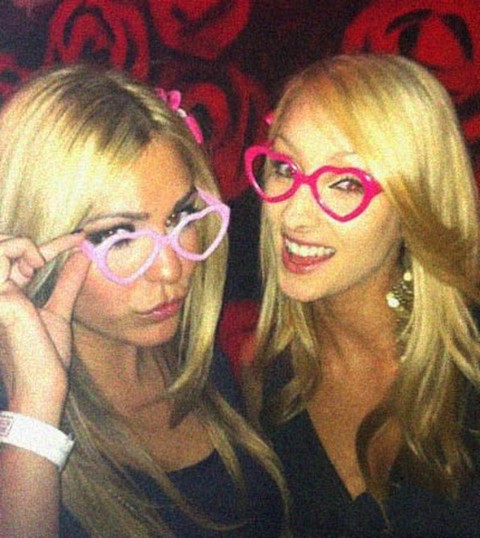 Ashton Kutcher may be a married man (though in the process of divorce!), but that doesn’t mean anything about his romantic lifestyle lines up with the ‘till death do us part’ or ‘monogamy’ parts of his vows. He filed for divorce from Demi Moore last year, and has been publicly dating Hollywood hottie Mila Kunis since the fall. But a new report claims that his romance isn’t all flowers and sweat-pant take-out dates. In fact, Ashton’s ex says he’s cheating!

Their relationship “isn’t all it’s cracked up to be,” reports Sara Leal to Star Magazine, print edition February 25, 2013. The name may ring a bell—it was reported that she and Ashton had a fling in 2011, while he was definitely married (and not separated)!

“She now says that in December, a coworker approached her with a  mysterious picture of the actor in his pajamas, text-messaged by an anonymous friend who claimed to be dating him behind Mila’s back.” Talk about coincidence—Ashton’s new girl is friends with his old flame’s coworker? It’s all very Love Actually!

Leal reported that “the girl was at Ashton’s house in L.A., and obviously someone was with him, but he didn’t know he was in the picture. It was creepy.” It sounds like this girl was in stealth celebrity stalking mode, and just wanted photo proof for later bragging rights!

So who is the mystery woman? “I didn’t get the girl’s name,” Leal admitted. “I didn’t really care.” Uhm, okay. I mean, you should probably have gotten a name—or even a hair color! Could the mystery woman be blonde? Ashton seems to always go for brunettes! Leal suggested that it’s “just an innocent picture, but I think it’s also possible he’s not dating Mila exclusively.”

It isn’t at all uncommon to date multiple people—at least, until things get serious. Did you see those pictures of Mila without her make up? I feel like it takes serious romance to ditch the mascara and foundation, the way she so brazenly did! Do you think Ashton is cheating? Does the photo exist, or is this all fodder?

CHECK OUT MILA KUNIS LOOKING SEXY LIKE AN ALIEN