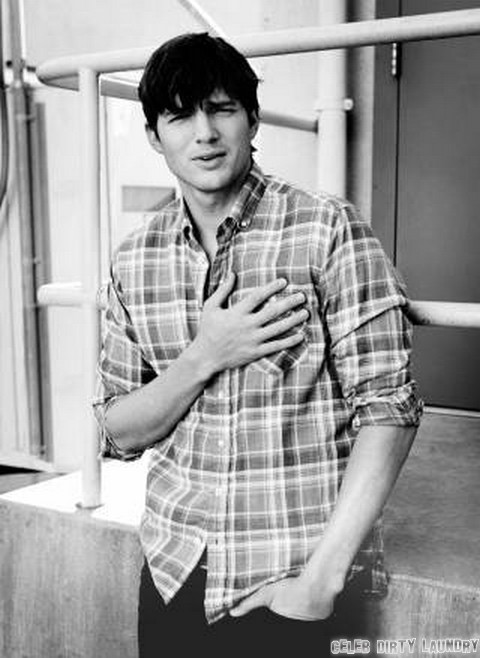 Ashton Kutcher’s recently given a long, rambling interview with Elle Magazine about he’s like REALLY smart, and how much he enjoys his privacy. You know, not counting the million times that he’s tweeted and facebook’d about his relationship with Demi Moore. But not anymore, y’all. Ashton’s turned over a new leaf after he started dating Mila Kunis, and he’s going to start by being PRIVATE!!

He tells Elle, “You know, I’ve learned the hard way how valuable privacy is. And I’ve learned that there are a lot of things in your life that really benefit from being private. And relationships are one of them. And I am going to do everything in my power to have this relationship be private.”

Basically, he thought he could trust the skanks that he cheated on Demi Moore with but he realized that everybody is a famewhore in LA and Las Vegas. Of course, he tries to dress it up in fancier language, but in essence, he says, “When you become well known, you start to have suspicions about people’s intentions that you’re becoming close with.” Um…ok. I didn’t realize Ashton used ‘getting close with’ as a euphemism for having sex with.

No, but maybe I’m just not at Ashton’s brain level here. After all, he is Really Really Smart. Or so he says, “People fill in the blanks really fast. They go, ‘Oh my God, he’s on a show and [plays] stupid, so he must be stupid.’ I can’t control that, nor do I try to, nor do I want to. There’s something advantageous about having people underestimate your intellect, insomuch as a lot of things are revealed to you. They assume you don’t know what you’re talking about, then all of a sudden, you do. And the next thing you know, you have information you wouldn’t normally have.”

So basically, he pretends to be dumb to trick people into telling him things they wouldn’t normally tell him? Is that what his pretend dumbness is achieving? If so, he really is a genius because he’s got pretty much the whole world fooled.

Oh Mila, you could do SO MUCH BETTER. Honestly, all this privacy talk coming from Ashton is just Mila putting words and thoughts into his mouth. Ashton’s a natural fame whore and as much as he’s able to tamp down that part of him while he’s with Mila, as soon as she moves on and he’s back with another Demi Moore-esque actress, he’ll be back to tweeting and facebooking like there’s no tomorrow. Basically, that’s what he’s saying – ‘Demi made me do it, but I’m actually really private and keep to myself.’ Ok Ashton, we’ll just pretend like you didn’t use to tweet pictures of your ex-wife’s body every night to your millions of followers. We’ll go along for now, but let’s see how long this lasts.