Ashton Kutcher And Mila Kunis Moving To London To Get Away From Demi Moore? 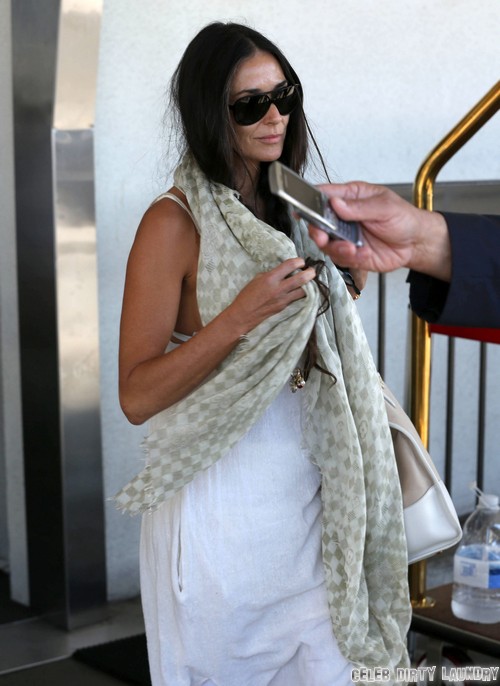 According to a new report from the National Enquirer, Ashton Kutcher and Mila Kunis are planning to move away from Los Angeles to London. Mila is currently filming the Wachowskis’ Jupiter Ascending in London with Channing Tatum, and Ashton has reportedly been staying with her for the duration of the shoot. Apparently, she’s taken enough of a liking to London to contemplate making a permanent move.

Sources close to Mila and Ashton say, “Mila is thrilled to leave Los Angeles because she doesn’t think it’s big enough for her, Ashton and Demi Moore. She’s also pushing Ashton to cool his friendship with Demi’s daughter, and she’s sure living across the pond will take care of that.”

The source continues, “Ashton will commute during breaks in filming and he’s planning to sell his home in L.A. after his contract ends on ‘Men.’ But he and Mila are already house hunting in London. They’re so excited to start their English adventure.”

Ok, so the report had me until it said that Mila wanted to leave LA because of Demi Moore. Does anyone in their right mind really think that Mila freaking Kunis is intimated by Demi Moore? There’s also the fact that Ashton was practically a stepfather to Demi’s daughters for a significant period of time, so I hardly think that Mila is ‘pushing’ Ashton to ‘cool’ his friendship with them.

Regardless, I wouldn’t be surprised to see Ashton and Mila make a more permanent move, and it’s probably a smart decision considering how much attention their relationship has been drawing from the media. They might have more privacy in London, although I’m pretty sure the British paparazzi are just as aggressive as the American ones.

What do you guys think of Mila and Ashton possibly moving to London? Let us know in the comments.