Ashton Kutcher & Mila Kunis Ready for a Baby — But is He Truly Willing to Settle Down? 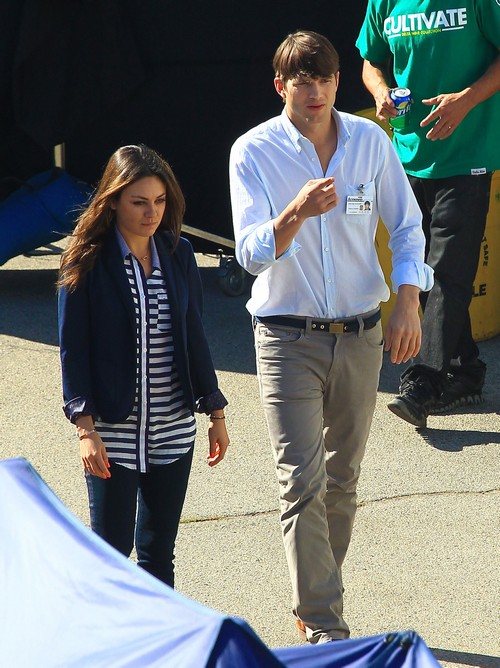 Ashton Kutcher is really good about being with the person he’s with . . . until he’s not and is ready to put his love in someone else’s pocket. Is Ashton Kutcher to be trusted or will he later take Mila Kunis for a bumpy ride, just like he and Demi Moore experienced? When individuals harbor such interesting, rocky romantic histories, it’s always worth a wonder.

Let’s speculate for a second . . . . If Ashton really did want to settle down, don’t you think he would have pressed his attorneys to expedite the divorce proceedings between he and Moore? Do you think Mila Kunis is second guessing Ashton Kutcher’s ability to be a successful partner in their ongoing game of “play house” and believes that the only way to keep him there and faithful is to have a baby with him? Perhaps.

While these scenarios are all within the realms of possibility, I think it’s safe to assume that Mila and Ashton are smitten for one another. They say they’re not taking any precautions against having a baby, which has led everyone to believe that they’re very open, and perhaps ready, to become parents. I suppose we’ll never know the source of their intentions, but for now let’s just assume it’s out of sincere love!