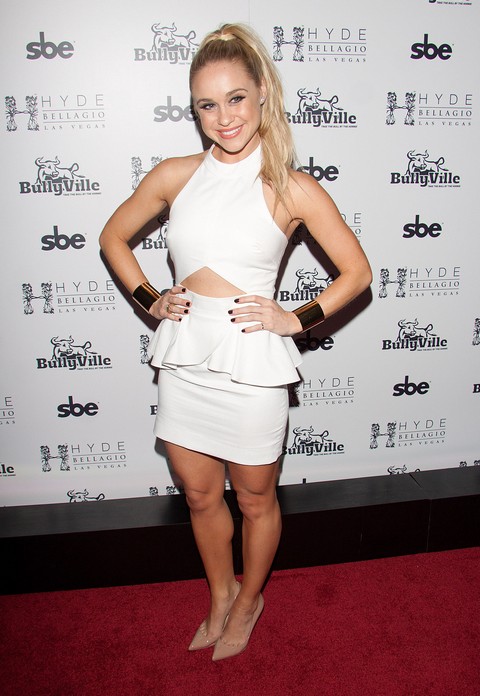 It seems like the actresses of Glee are working overtime to promote the show lately. In addition to Naya Rivera stripping off for Allure Magazine earlier this week, new cast member Becca Tobin has also decided to take it all off for Maxim Magazine.

Tobin joined the latest season of Glee as a cheerleader with an attitude, and she plays the part to perfection. Although she’s 27 years old, you could easily mistake her for looking a decade younger, which makes her a perfect fit for Glee.

While posing for Maxim, Becca reveals, “I’ve never realized how much I like Mexican food before moving to L.A. I’d spent my whole life on the East Coast. But since I came here, I’ve gone crazy, whether it’s higher-end places or taco stands on the side of the road. I’m excited to celebrate Cinco de Mayo here!”

She also talks about what makes her laugh, revealing that she, like, totally gets guy humor. She explains, “I saw the first ‘Hangover’ half a dozen times, so I’m psyched for the third one. I really like dumb boy humor.”

Finally, she adds, “I grew up going to Atlanta Braves games, but I’m more of a SEC football fan. My sister went to University of Georgia, my parents went to Florida, and my best friend’s fiance was the quarterback at Alabama. It’s like a religion in the South.”

Basically, she’s trying to appeal to Maxim’s reader base, which mainly consists of young teenage boys who love football, ‘dumb boy humor’, and a skinny girl who loves to eat. Let’s face it, there’s a high probability that the people who are looking at her pictures in the magazine won’t even read what she says.