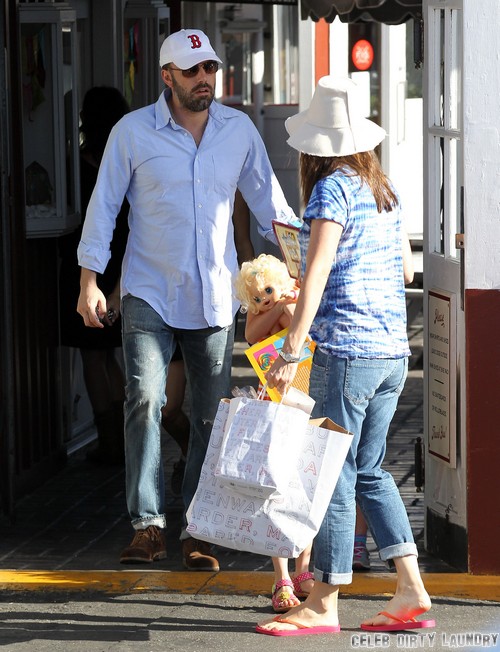 CDL reported earlier that Jennifer Garner and Ben Affleck were being eyed by a top TV executive for a reality show. Of course, we also added that Ben Affleck wouldn’t be caught dead doing on a reality TV show. He doesn’t need it – he’s an Oscar winning producer and critically acclaimed director, and he’s managed to turn his name into a brand that people admire and aspire to emulate. Ten years ago, in the era of ‘Gigli’ and Jennifer Lopez, a reality show might have been an option. But he’s managed to turn his career around, and it’s clear that he’s aiming to be Harvey Weinstein, George Clooney, and Steven Spielberg all rolled into one. So why are the rumors of a reality show persisting?

Well, enter Mrs. Affleck. Jennifer Garner hasn’t had a hit since 2010’s Valentine’s Day, which could hardly be attributed to her. While she’s certainly not lacking for parts, she’s had neither a critical or commercial success in a very long time. What would a reality show do for her? Well, she doesn’t need the publicity – her husband’s name brings them enough of that. However, she could certainly re-purpose her branding with a reality show. Right now, a LOT of people feel sorry for her, especially after the tabloid reports and Ben’s Oscar speech. They assume that Ben is cheating on her – and while we don’t claim to know anything of that, it’s not hard to see why she puts up with him if it’s true. Right now, she’s known more for being Mrs. Ben Affleck than she is for anything else. A reality show could change that.

The only problem is – reality shows right now are associated with trash heaps like the Kardashians and Teen Moms. While I have no doubt that Jennifer wants to change her image, I doubt she would want to be associated with the likes of those idiots.

Do you guys think that Jennifer Garner should have her own reality show? Would that help her career or harm it? Let us know what you think in the comments.