Beyonce Makes Love To Jay-Z While Listening To Her Own Music – Romantic Or Just Weird? 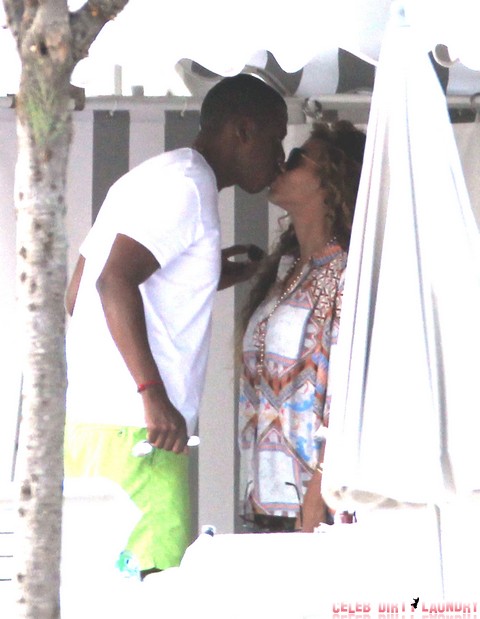 Is the private life becoming too boring for her? Beyonce has opened up about her sex life in the latest issue of GQ, even going on to explain how she likes to make love to husband Jay-Z while she listens to her own music. It’s very out of her place to be saying these kind of things, but it’s probably just to hype up the fans for her Super Bowl halftime performance,- she wants to make sure everyone is tuning in. Well good job, Beyonce. Now we’ll always know in our minds that you listen to your own music during sex.

The 31-year old talks about being scared, in which she said: “If I’m scared, be scared, allow it, release it, move on. I think I need to go listen to ‘Make Love to Me’ [Beyoncé’s song ‘1+1’] and make love to my husband.” Erm, how random was that? Why would you bring up the whole “I listen to my own music when I sleep with my hubby” when you’re talking about overcoming something that you’re scared of?

There’s no doubt that Beyonce is a very talented woman, but her stupidity tends to overshadow it all the time. For example, in another quote GQ released from her interview, the Destiny’s Child lead-singer tells the mag how she has had to sacrifice a lot of things in life to make it where she is today – she feels the luxurious life she is living is all because of hard work and dedication. Good for her – but why is it that as soon as she opens her mouth, she sounds like the most cockiest woman in the world?

“I’ve sacrificed a lot of things, and I’ve worked harder than probably anyone I know in the music industry.I have to remind myself that I deserve it. I now know that, yes, I am powerful,” she says. “I’m more powerful than my mind can even digest and understand.”

Beyonce talking about listening to her own music while boning her hubby comes just one month after Nick Cannon revealed the exact same story — of course not with Beyonce, but with Mariah Carey. According to the America’s Got Talent host, him and his wife also make love to their own music, and when Carey happens to be on work duties, Nick will “let one out” to some of Mariah’s ’90s classics. Wowza!!