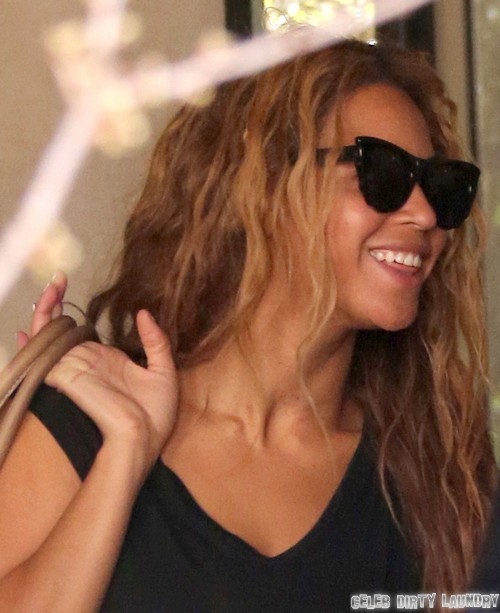 The New York Post, a pretty legitimate outlet (except when it’s not) claims that multiple sources have told them that Beyonce is, indeed, pregnant. However, they also say that other sources are claiming that the rumor is ‘silly’.

There have been many reports about the state of Beyonce’s womb recently, and the most persistent one is that she’s pregnant with her second baby. This rumor started last week, when Beyonce wore an outfit that managed to drape her mid-section with swaths of cloth so that no one would be able to see signs of a possible baby bump.

Just earlier this month, Beyonce revealed in an interview that she wanted more children. Was that her way of preparing us for another pregnancy? After all, her first pregnancy was so shrouded in secrecy and mystery, I’d have assumed that her second pregnancy would go the same way.

Beyonce definitely looks like she’s put on a few pounds lately – sources all say it’s because of the pregnancy, although some of the general public continues to assume it’s because of food habits on tour. Beyonce also cancelled a concert on the Belgium leg of the ‘Mrs. Carter Show’ world tour – and Beyonce is nothing if not a consummate professional. According to the report, Beyonce cancelled the show because of ‘dehydration and exhaustion’, a.k.a. morning sickness. I mean, come on! Have you ever heard of Beyonce cancelling a show because of ‘exhaustion’. That woman never gets tired during concerts unless there’s another reason behind her ‘exhaustion’.

Also, while sources continue to claim that the rumors are silly, there’s also the fact that photographers are not allowed to take photos of her during her tour. Could this have been because Beyonce knew she would start showing eventually, and doesn’t want a tabloid to beat her to the announcement?

I guess we’ll find out soon enough. Let us know what you think in the comments.