Beyonce Cancels Concert Due To Pregnancy 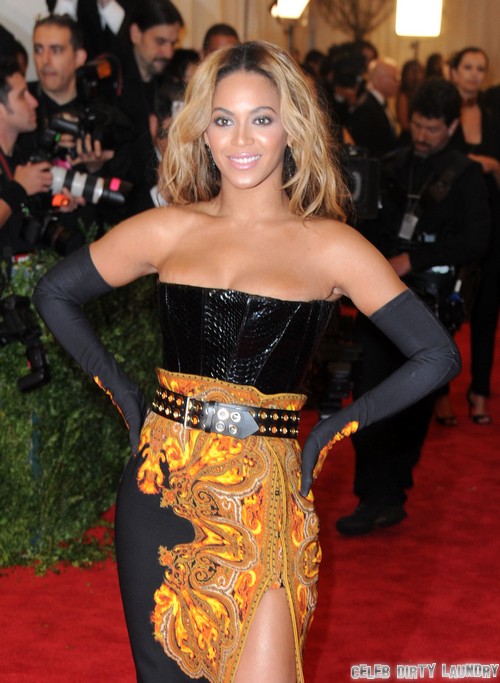 The rumors that Beyonce is expecting her second child with husband Jay-Z show no signs of slowing down anytime soon. After the singer attended the Met Gala, it was assumed that she is pregnant because of the dress she wore — which caused people to wonder if she had another growing bump. It is a gorgeous dress, but some felt it might be hiding a tiny baby bump.

To add to all of the fuss, Beyonce has canceled one of her concerts in Belgium. Could she be pregnant?!? It’s possible! She cited exhaustion and dehydration as the reasons for her show cancellation.

When Bey was pregnant with Blue Ivy, she announced the news to the world at the MTV VMAs. Perhaps this time she is merely waiting for the proper time? Most people don’t wish to reveal the news until they are at least three months along – so maybe she’s waiting for the all clear?

Beyonce’s rep says the singer is “awaiting word from her doctors before making a decision.”

What do you think? Is Beyonce just waiting for the right time to reveal that she is expecting her second child? She has said that she wants more kids and wants to make Blue a big sister, so why wait? Hit the comments and let us know your thoughts!