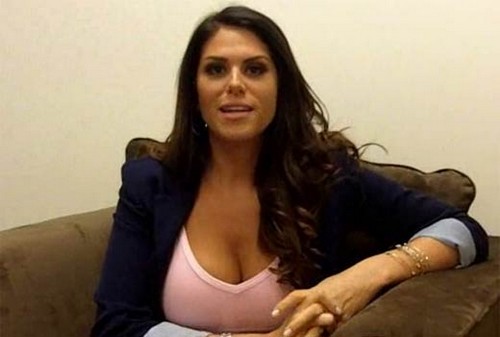 The focus on Big Brother 15  in the past few weeks from the media and CBS has been the racial slurs and bullying by Ginamarie and Aaryn, with both of these girls actually losing their jobs back home because of their horrible behaviour on theshow. Well, while all the attention was on these two girls, another was very happily sliding under the radar.

Double Aardvark Media posted a video that proves Amanda Zuckerman’s racial outbursts are by far worse than anything both Ginamarie and Aaryn have ever said.

If you look at the video, you will see that Amanda comes portrays herself as nothing but a hurtful and mean spirited person.She arrogantly insults the producers, fellow contestants, sponsors and the fans by offending so many different groups of people.

If I was a sponsor of Big Brother, I would demand to have Amanda removed from the house or it would be hasta la vista baby for my brand.

I can’t help but sit here and wonder why Amanda is getting away with her behaviour, does she have connections within CBS? Why haven’t they thrown her out already?

I feel most sorry for McCrae who announced this evening that he is engaged to Amanda, is this how he wants to spend the rest of his life with a woman that clearly has no respect for herself let alone anyone else.

What do you think about Amanda’s outrageous behaviour, do you think Big Brother should thrown her out? When is too much, way too much?