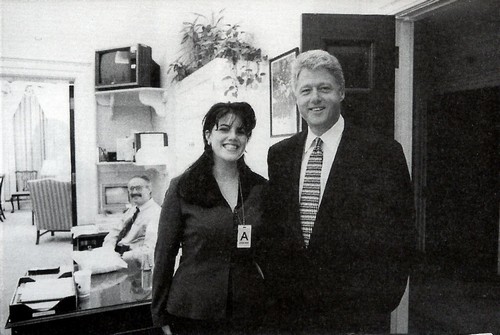 When Huma Abedin decided to stand by her husband after the full details of Anthony Weiner’s sex scandal were revealed, many people started comparing them to Bill Clinton and Hillary Clinton. After all, Bill was also a public figure in office [although at a much higher rank], and Hillary stood by him even though the details of his cheating were pretty irrefutable. However, sources close to the former first lady and her husband state that Bill and Hillary are not happy with the comparisons.

A source told the NY Post, “The Clintons are upset with the comparisons that the Weiners seem to be encouraging — that Huma is ‘standing by her man’ the way Hillary did with Bill, which is not what she in fact did.  Clintons are pi**ed off that Weiner’s campaign is saying that Huma is just like Hillary. How dare they compare Huma with Hillary? Hillary was the First Lady. Hillary was a senator. She was Secretary of State. Hillary didn’t know Huma would do this whole stand-by-your-man routine and that’s one of the reasons the Clintons are distancing themselves from all this nonsense.”

Okay, so this report originates from the New York post, which is pretty reliable about this type of information. So this means that Bill and Hillary are actually trying to distance themselves from this whole situation, possibly because they’re looking at the 2016 presidential race. They don’t want people to remember the scandals that plague their past, especially because Bill will likely figure prominently in Hillary’s presidential campaign.