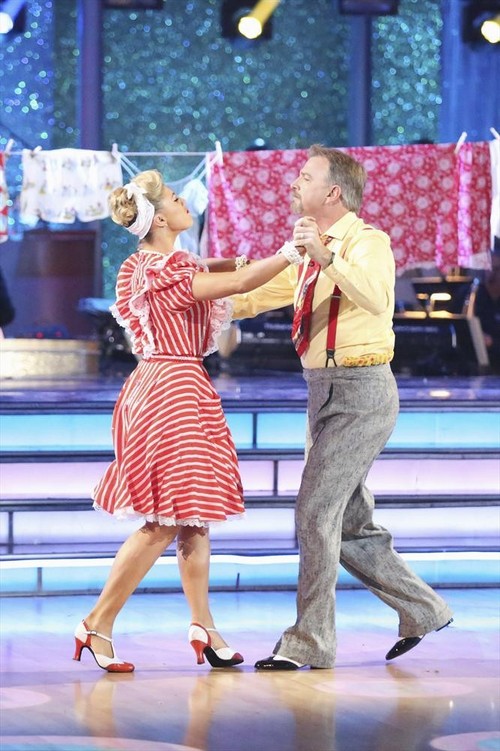 On tonight’s Semi-Finals of Dancing With The Stars the couples competed in two rounds of dance.  For his first round Bill Engvall danced a CHA CHA CHA with Peta Murgatroyd. Check out Bill’s DWTS bio [CLICK HERE].  If you missed tonight’s show you can read a full and detailed recap, right here.

On last week’s episode Bill danced a Charleston and was scored a 21/30.  Carrie Ann said this about his performance, ““I really enjoy you dance, but we are in the quarter finals, you were better in the practice. It is still a pleasure to watch you.”

Bill Engvall and professional dancer Emma Slater: dancing a Cha Cha Cha. Emma tweeted this about their dance, “Today’s the day guys!! Semi finals of #DWTS!! @billengvall & I will need ur help tonight please help us get to the finals!! Hope u enjoy :)”

Judges comments: Len said: “Bill, maybe you’re not always the judge’s champion, but you are the people’s champion.” Bruno: “The pleasure you gave us, the laughs is pure enjoyable.” Carrie Ann: “I thank you for bringing the joy back to the ballroom” Maksim: “There were a lot of holes in this Cha Cha, but people look up to for what you’re doing.”