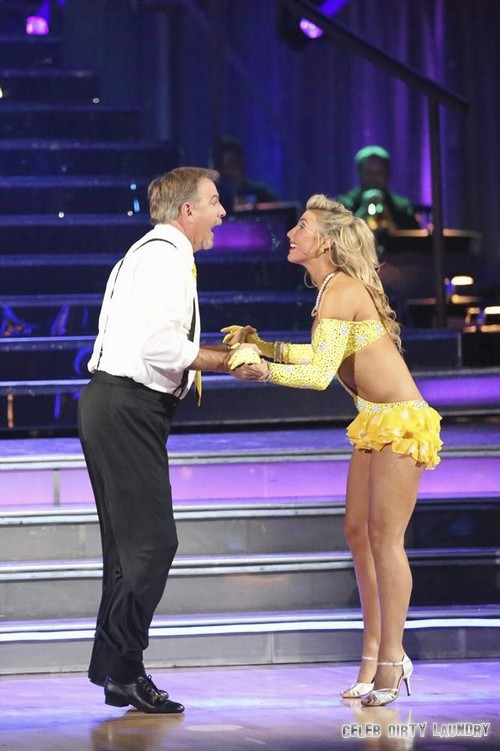 Bill Engvall danced a Paso Doble, on tonight’s “Hollywood Night” episode of Dancing with the Stars.   Check out Bill’s DWTS bio [CLICK HERE] If you missed tonight’s show you can read a full and detailed recap, right here.

On last week’s show Bill was given a 21/30 for his Jive routine.  Len said about her jive: “What I liked was a lot of recognizable steps.  You are coming out and giving it a go, well done.”  If you missed any of last week’s performances, you can check out all the videos, right HERE.

Bill Engvall and professional dancer Emma Slater: dancing a Paso Doble.  Bill had this to say about his dance, “Well we are back in rehearsals learning the Pasa Doble. I have no idea what that is. Wonder if it is served with rice and beans.”

Judges comments: : Carrie Ann “You nailed the Paso, you came out and all your moments were in sync”. Len “When I was a kid and I love Lone Ranger, if you came out on his horse I would have given you a ten, it was your best dance”. Bruno “It was like being in an opera house, I love it”.