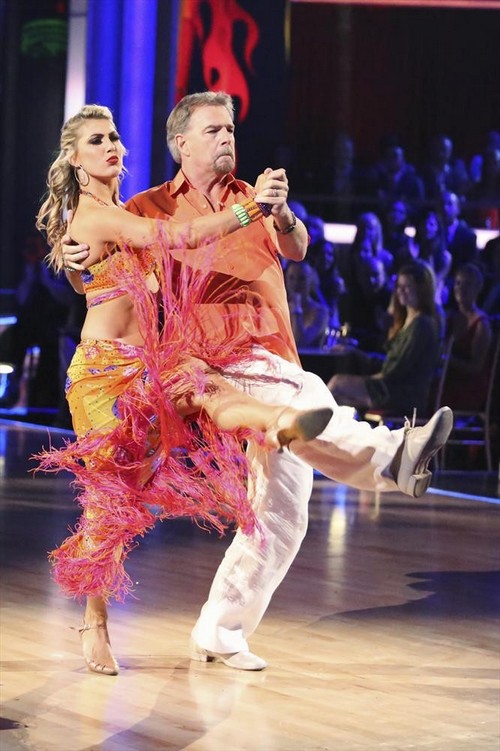 Bill Engvall danced a Quickstep, on tonight’s episode 7 of Dancing with the Stars for a dance style she have not previously performed.  Check out Bill’s DWTS bio [CLICK HERE].  If you missed tonight’s show you can read a full and detailed recap, right here.

On last week’s show Bill was given a 23/30 for his Tango routine.  Bruno said this about his dance, “Plenty of cheese on top but a little cheesy in the middle. You lost the smoothness of the footwork of the tango.” If you missed any of last week’s performances, you can check out all the videos, right HERE.

Judges comments: Carrie Ann said: “The good new is you did not break hold.  But the hold was not strong enough for the dance.  I give you credit it was a challenge.”  Len: “It had speed and energy.  If I judges with my heart you would get a 10.”  Bruno: “You rolled the dice and tried the best.  A very good try.”