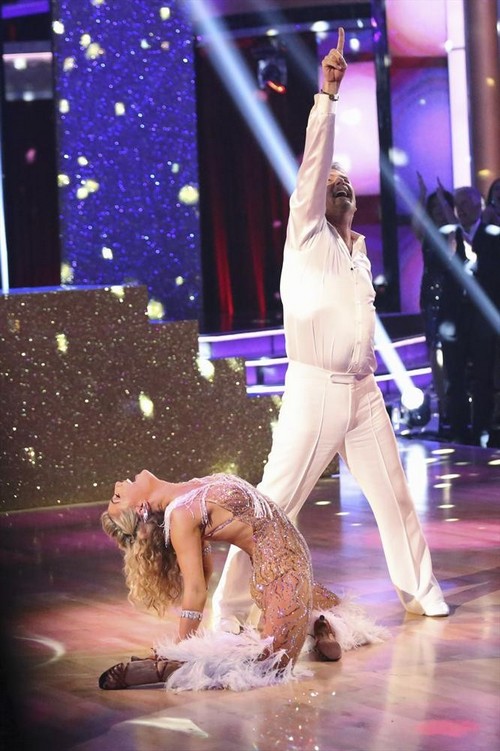 On tonight’s episode 9 of Dancing With The Stars the couples competed in two rounds of dance.  For his second round Bill Engvall danced a SALSA with Peta Murgatroyd and Emma Slater for his trio dance routine. Check out Bill’s DWTS bio [CLICK HERE].  If you missed tonight’s show you can read a full and detailed recap, right here.

Bill Engvall and professional dancer Emma Slater: dancing a Charleston.  Bill sent a message to the people that said he could not do it.  He told them that they said he was too old and could not dance, but he had the last laugh because he made it to Week 9.

Judges comments: Bruno “It’s Willy Wonka and the babes, I hope you have a prenup. I loved the slapstick, but you lack rhythm and timing. I have been telling you for five weeks.” Carrie Ann “That was so weird, Bruno is right there is no rhythm.” Len “Candy is dandy but liqueur is quicker. If you are back next week, you need to pick up these performances.”