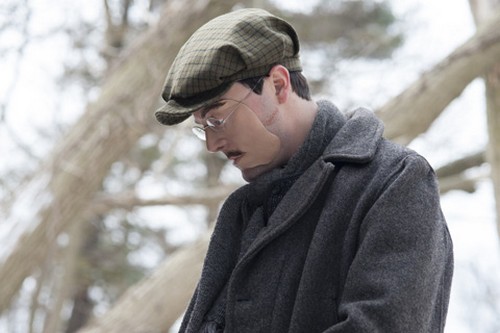 Tonight’s episode of BOARDWALK EMPIRE was fantastic they are really building up for the finale and there is a war brewing in several places.  I cannot wait to see what happens in next week’s penultimate episode.  We just happen to have a sneak peek video and some insight for you below on what is going on next week episode called, “Havre de Grace” ” below.

On tonight’s show tipped off by Sally Wheet, Nucky enlisted Eli and Agent Knox to check out the extra cargo in the Florida shipments. Margaret decided to go into business with Arnold Rothstein to improve her family’s living conditions. Al Capone grew suspicious of Torrio, especially after an attempt on his life. Nucky faced a dilemma and got a shock.  He found out that Narcisse was working with joe Masseria. Lots happened on episode 10 and if you want to find out we have a full and detailed recap of tonight’s episode, right here for you!

Spoiler alert: If you’re one of those people who doesn’t like spoilers, stop reading now! We have some juicy spoilers for you about the season 4 episode 11 of HBO’s “Boardwalk Empire”

Official HBO synopsis of next week’s episode:  “Nucky takes inventory after being warned of a skunk in his cellar. On the lam following a close call, Chalky and Daughter (Margot Bingham) take refuge outside Wilmington with Oscar Boneau (Louis Gossett, Jr.), his mentor from years ago. Gillian considers selling her mansion and starting a new life with Roy Phillips (Ron Livingston).”

On next week’s show and the penultimate episode – we are going to find out what is happening to Chalky as he hides out with his old mentor.   It looks like men are coming after Chalky, will Nucky be helping him?  Either way there is going to be a shoot-out.  Eli is feeling guilty because of what he is doing to Nucky, betraying him.  Nucky asks Eli who he does not trust in the organization. Gaston Means has information to sell to Nucky – will he sell Eli out or Agent Knox?  My guess is Agent Knox he was really uppity with Gaston last week.  Meanwhile Roy wants Gillian to go away with her and Richard Harrow and Gillian have a confrontation.