BY Cate Meighan on May 7, 2013 | Comments: one comment
Related : Body Of Proof, Recap, Television 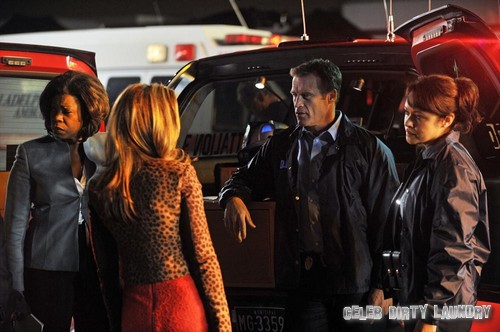 Tonight on ABC BODY OF PROOF returns with a whole new episode called, “Dark City.” On tonight’s show Megan’s team goes into disaster mode when a deadly plane crashes, hitting the city’s power grid.  Did you watch last week’s episode? We did and we recapped it here for you!

On last week’s show a schizophrenic teenage girl at a mental institution was found murdered. When Megan and Tommy interviewed a young patient named Darby, who seemed extremely sane and lucid, she told them that she saw the killer climb down from a heating vent in the ceiling, but most shocking of all — he meant to kill her, not the actual victim. Could the killer be Dr. Malcolm (Craig Bierko), the ward director, who was obstructing their investigation?

On tonight’s show when a plane crashes in Philadelphia due to a gunman opening fire while aloft, the entire team of Megan, Kate, Tommy, Adam, Curtis, Ethan, Riley and Stafford must go into disaster mode. Since the crash hits the city’s main power grid, Megan must conduct autopsies on the victims during frequent blackouts, but then one of the bodies goes missing. Meanwhile, Tommy and Adam are in a serious car accident while trying to investigate.

Tonight’s episode begins with a passenger on a flight talking to himself. He claims that the cabin is filled with rats and starts shooting. After he takes out a window the cabin depressurizes and crashes in downtown Philly. Megan and Tommy think maybe the air marshal on board was responsible since he was the only one that should have a weapon. The plane clipped a power station which is wrecking havic on the city.

The cabin depressurized and the plane crashed yet passengers not only survived but are walking around and able to identify the air marshal that went bonkers. So far there are 52 dead and their next of kin are already at the hospital waiting for word.  Tommy and Adam go driving and find the tail section of the plane out in the middle of nowhere. They also find a stray flight attendant wandering around. Tommy swerves to miss her and crashes in the woods.  Megan gets the voicemail that Tommy was leaving as he crashed and she freaks out realizing that he could be hurt or dead.

Tommy and Adam get out of the car and find the flight attendant laying in the middle of the road and of course she directs them to the burning tail of the plane. Back at the hospital Megan realizes that a tagged body bag is missing the body.

The hospital generator dies at the most convenient time too. Kate and Riley find Carla when the get stuck in an elevator. As he prys the top off the elevator Carla’s dead and bloody body falls halfway into the elevator.

Tommy goes through the remnants of the plane and finds a little boy named Max hiding in the bathroom. He be bops out of the wreckage with his hands in his pockets.

After the worst day in a long time Megan rushes to see Tommy only to find him in a compromising position with his coworker. Tune in next week for more Body of Proof!