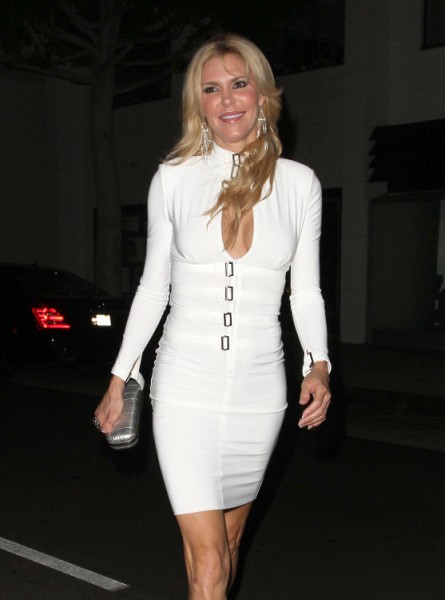 You know I love me some crazy Brandi Glanville but her latest actions might be taking her hatred of LeAnn Rimes a little too far. It’s super catty. And I love catty but….

It was just revealed that Brandi Glanville donated $500 to the defense fund of Kim Smiley – Leann Rimes’ online bully. Rimes is currently suing Smiley for recording a conversation the two had and distributing it without her permission. The teacher also allegedly cyber-bullied the country star.

“I don’t know the woman from Adam, but I was stalked, harassed and bullied for two years by LeAnn’s producer, Darrell Brown, her tour manager and hairdresser,” Brandi told Radar. “I never once called them on the phone or filed a lawsuit against them. If LeAnn wants to heal from this she needs to let it go and walk away like I did.”

I totally agree with Brandi on this one. LeAnn should have dropped this little tiff with her online bully but it’s almost like she’s in too far now to turn back. However, why give a donation? $500 is nothing. It was a statement that didn’t need to be made. LeAnn’s making enough of an ass out of herself in this process. Brandi’s just trying to rub it in at this point and she really didn’t need to lose $500 to do that. And the timing, as usual, is suspect. LeAnn’s people claim that Smiley asked for Brandi’s help six months ago but she didn’t do anything until now – just as LeAnn’s new album dropped. So is Brandi going for the double slap on this one? Is she trying to steal LeAnn’s album thunder AND embarrass her in the process? Of course she is! But, as is the case with these two, there is no winning. They both embarrass the hell out of each other in the end.