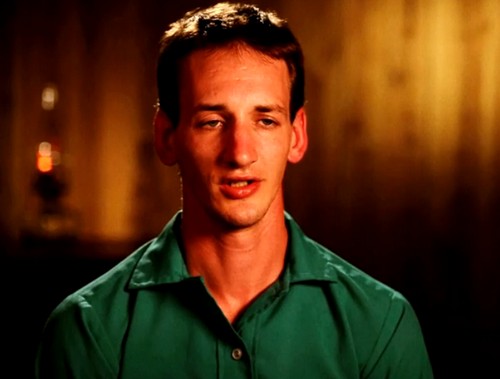 Breaking Amish: LA continues on TLC with a new episode called, “Black Sheep.” On tonight’s show the house gets even more crowded when another late comer arrives to join the group and starts up trouble. Did you watch last week’s crazy episode? If you want to get caught up we have a full and detailed recap here for you.

On last week’s show the cast members made their leap of faith and headed to LA in promise of a new world. When they arrived, LA proved to be both exhilarating and exciting, but the vices of temptation were not far behind. Meanwhile, Lizzie couldn’t keep her secret hidden much longer.

On tonight’s show an unexpected visitor enters the house demanding to see Lizzie causing her housemates to smooth over the situation. Meanwhile, the house gets even more crowded when another late comer arrives to join the group and starts up trouble.

Samuel has essentially moved in without telling anyone. He still doesn’t know about his sister’s pregnancy but he’s bound to find out pretty soon. In the meantime the roommates have welcomed Samuel.

There’s no need to worry about Samuel in the English world. He’s taken to it in no time. There’s one thing that causes him to pause. It’s the girls chatting up with a couple of black guys. He’s not too sure about it even though he doesn’t do anything to stop it.

The newest roommate has come to LA. Andrew, Abe’s brother, has come to the west coast. He was the black sheep of his family and now he’s breaking away completely from the Amish community. Unfortunately his new roommates don’t know that and they’re out sightseeing and enjoying themselves even Samuel. That is until they run into a fortune teller’s booth. The girls are excited but Matt can only see witchcraft in it.

Lizzie has been getting tired all the time now. She didn’t go to see a midwife back home because her pregnant was such a big secret. Iva is showing Lizzie a trick to help focus on the good things about the baby. Like how to determine the sex using a clip and string. However Betsy sees what they do as witchcraft. She should know; she’s been touched by witchcraft and has been possessed. Iva is so freaked that she kept an eye open on Betsy before going to sleep.

The boys have a Guys’ Day. Their trip leads to them to a strip club. Matt quickly leaves and begins praying outside of the club. Samuel who was all about being in LA for his sister certainly doesn’t have a problem accepting a lap dance.

The girls on the other hand are still freaked out by the whole witchcraft business with Betsy. When the guys return; Lizzie and Iva explain their concerns. Devon remains skeptical but the other guys are suspicious. Everybody begins to shun her minus Matt. He says he believes in forgiveness and so he decides to try and help her.

Samuel does find out about his future niece or nephew. He wants his sister to marry the boyfriend but she’ refusing his help. It isn’t until Samuel stops judging and is willing to accept her do these two forgive each other.

Andrew finally arrives. The first thing he does ism piss people off. Like Devon whose room he tried to commandeer. Leading to the first fist fight to what might just become a regular. Will their arguments continue all season or can peace be found? What do you think?