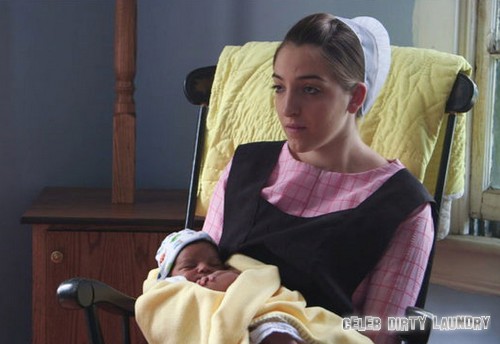 BREAKING AMISH: LA continues on TLC with its season 2 finale called, “Redemption.” On tonight’s show Sam confesses about what happened with Betsy. Matt’s warrant for arrest. The group meets Lizzie’s baby.   If you want to get caught up we have a full and detailed recap here for you.

On last week’s Sam does not approve of his sister’s choices and confronts the father of her new born baby. Lizzie has a big decision to make. Andrew’s past comes back to haunt him with his probation officer hot on his trail. Matt reveals big news to the group.

On tonight’s show Sam confesses about what happened with Betsy in LA and must face the music. Matt’s problems with the law continue and he finds out there is a warrant for his arrest. The groups gather to meet Lizzie’s baby and are in for a few surprises.

Matt’s party had only begun to get interesting. Especially with the arrival of Devon. Where we last saw them Sam tried to sneak attack Devon but he’s not dealing with the apologetic kid from before. There is no more running from confrontation. Sam can’t deal with that and so he grabs Iva’s hand and drags away.

That’s not bothering Matt. He never liked drama anyway plus Devon started off as potential friend. Sam is just a guy he recently met. However what Sam started, airing personal business all out there, Samuel finished. He apologizes to Devon for his part for kicking him out of the house. He knows he wasn’t as innocent. So he confessed to sleeping with Betsy literally the day after.

Samuel is glad to have gotten that off of his chance and Betsy hates that he’s letting her dirty laundry out to air. She is still technically married. Luckily she’s given a small reprieve with the return of Sam and Iva. There aren’t any fisticuffs this time. Instead both men remain seated and come to an agreement to let things go. They even share a common bond of slut-shaming Betsy. Samuel had retold his story and the guys can’t understand why the girl doesn’t understand she’s married.

Of course she had left by then but still these are the same guys that tried to get her locked up. Whatever had happened to compassion?

The party ended well though. The focus was pushed back on Matt. They all raised their glasses to Matt’s move. A move that ended up getting stalled. Unfortunately for Matt all the supplies he needed for his trip ended up getting over his head. His checks started to bounce and he was immediately arrested. The cops decided to give him a break so yeah Matt. He has a couple of days to come up with the money.

He’s not going to go to Felicia, his girlfriend. She’s afraid her family will try to end their relationship because of the mess he got himself in and he’s embarrassed. Matt feels like a hypocrite for doing something o wrong.

Samuel confessed all of his sins to the bishop. As penance he will be shunned. Lizzie was supposed to go with him but she changed her mind on the trip. If she doesn’t confess then the community may not allow her back in.

She does work up the courage to go to the Bishop and not long after her boyfriend shows up. He wanted to convince to come back with him. Samuel doesn’t like the idea that he and Lizzie couldn’t be hurting their chances with community by talking to an outsider but he allowed them to speak.

Lizzie doesn’t go with him. She’ll allow him to visit his son and that’s it. Yet she still loves him. Samuel sees her pain and he understands. He wants his sister to be happy and if that means being English then ok. He gives her encouragement to follow her dreams.

Betsy confessed her adultery to her husband. She didn’t do it willingly either. She did it fearing he would hear about from others. What with Samuel confessing and everything. The end result is her husband through her out. He said he never wanted to see her again. Their marriage is over and now Betsy is stuck looking for a place to stay. She has nowhere to go.

The only option is going back to her family. She doesn’t tell them the full truth. She kind of gave them the abbreviated version that would work with them and it works. She can move back in. Shockingly, moving back in suits her. Betsy is actually smiling again.

Iva tried to speak to Lizzie only to find Samuel. He tells her Lizzie is out and it would probably be best not to try and talk to her. When Iva said what else she could do; Samuel got real with her by saying it’s not about her. He soon regrets his attitude when he sees Iva crying by the barn. Samuel is a good guy and he comforts her but. Lizzie has to forgive Iva on her own.

It doesn’t mean he won’t help matters. Lizzie is having an afternoon get together and Samuel invited Iva. Maybe its motherhood or the fact she’s making happier choices but Lizzie forgives Iva and extends Samuel’s invitation. Everybody else arrived soon after. With the former gang’s all there Lizzie introduces her baby. Only Matt asks if her baby daddy is Amish.

Despite the baby’s coloring it somehow comes as a surprise for Matt when he meets Hoj. Slowing the fact Hodge is black is filtering. They accept him fully once they got to know him.

Matt will move out to LA…one day

Devon stayed with his family in the Amish community.

Andrew is consecrated and hopes to be out soon

Betsy is Amish but remains a practicing witch

Lizzie left the Amish and is living in the English world with Hoj. They’re planning their wedding.