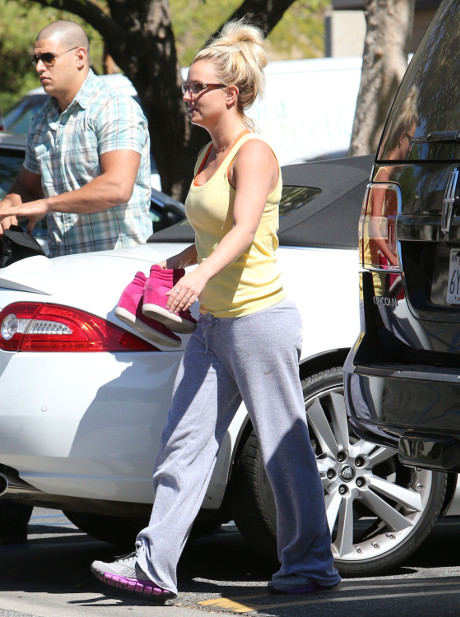 Could Britney Spears be a cheater? Months after breaking up with Jason Trawick, Britney has started dating David Lucado. However, a new report from Star Magazine alleges that Britney has been cheating on David with her ex-fiance Jason.

Sources claim that Britney and Jason have been “having secret meetings and flirty text conversations.” The sources also add, “Britney constantly sends Jason provocative text messages and photos of herself. [David Lucado has no idea and] is head over heels for Britney and treats her like a queen. It’s really sad.”

Well, it does take a very long time to get over such a serious relationship and, in Britney’s case, she was dating Jason for a couple of years – and not only that, but he was literally with her every second of every day. I can see how she’d be missing him, in more ways than one.

However, with the amount of people that Britney has around her, do you really thing that she would be sending ‘flirty text messages’ to Jason without anybody finding out? Or maybe they all know, but they’re keeping quiet?

Britney and David have only been dating a few months, and it’s not serious, but there’s a chance it could get serious very quickly. Britney tends to dive head first into relationships without looking back, but it doesn’t seem like she’s at that point with David yet – especially if she keeps longing after her ex.

Do you guys think that Britney and David are in trouble, and that Britney is text flirting with Jason? Or are they completely fine? Even if Britney was texting and flirting with Jason, what’s the guarantee that he was even replying? I think he’s mature enough and smart enough to realize that they had to break up, and I don’t think he would further her delusions if he knew what was best for her.