Bruce Jenner Forced To Walk Kim Kardashian Down the Aisle – It’s In His Contract! 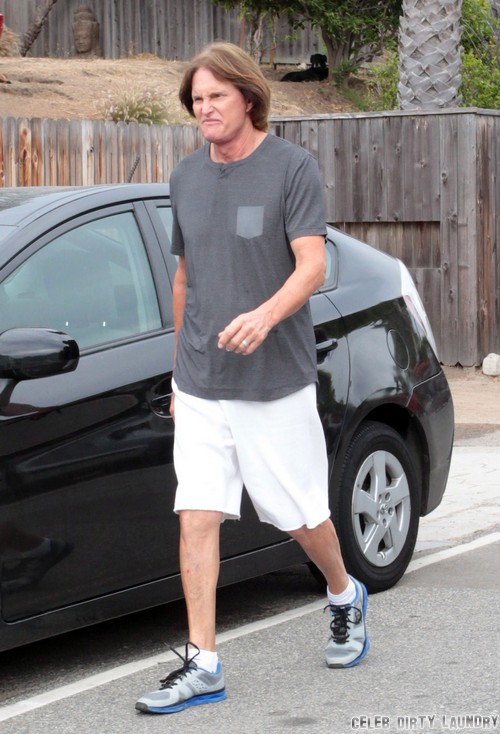 This Kardashian family publicity machine is really something else, isn’t it? I mean some of the stories that hit the press read like paid advertisements and make no mistake, there are definetly media outlets doing the family’s dirty work for them! Supposedly Kim Kardashian and Bruce Jenner are still thick as thieves, in spite of his split with Kris Jenner. Apparently Bruce got tired of being Kris’ whipping boy, grabbed his balls from her overpriced purse and hit the pavement with the hopes of having a real future, not a manufactured-for-television life.

Since that split was announced Bruce has gone out of his way to steer clear of the Kardashian grind and while he has spent quality time with Kendall and Kylie Jenner, it has been on his turf, not Kris’. Lot’s of dissension in the air here and don’t think for a minute that this bust up is friendly or amicable. Bruce hates his cocktail schlepping, chronically cheating ex and thinks that her oldest daughters are just like her. There is no love lost on Kim’s end either and not only was Bruce not invited to her overblown engagement, but he found out about it when Jo Schmo down the block did – when it hit the internet!

Now according to TMZ Kim wants everyone to believe that Bruce is like a father to her and that he will certainly walk her down the aisle when she marries the equally obnoxious Kanye West in the very near future. I bet Bruce will get the job done, not because he loves Kimmie or approves of Kanye, but because it really is a job. Bruce is under contract to Ryan Seacrest and E! Until 2015 which means he will certainly have to walk Kim down the aisle, probably with a warning not to speak his true mind about the marriage.

Do you believe that Kim and Bruce are still as close as she wants everyone to believe or do you think it’s just lip service? Tell us your thoughts in the comments below!