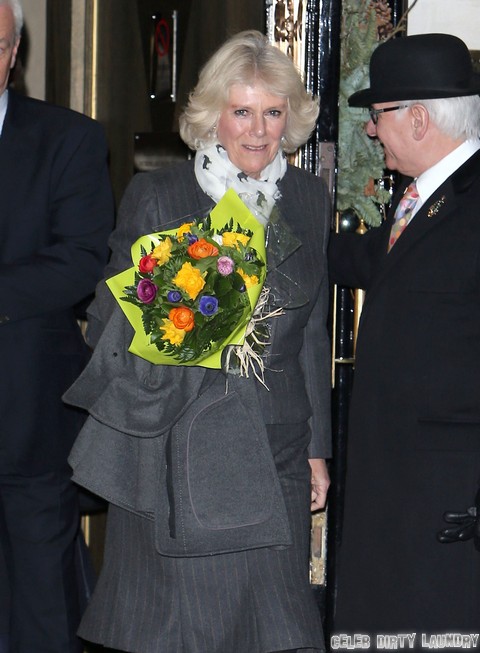 A disturbing security breach was recently unearthed at Kensington Palace, in the 20 room apartment that is being renovated for Prince William and his wife, Kate Middleton. Two separate, intricate listening devices were discovered in two different rooms. The $2 million renovation s recently came to a screeching halt when devices were found in the dining room and also in the master bedroom. While eavesdropping on royals is hardly a new concept, this time around the biggest finger is actually being pointed directly at Camilla Parker-Bowles, William’s stepmother.

Camilla has barely tried to hide her obvious disgust with Kate Middleton as she resents the fact that the nation as a whole has really embraced the newest member of the royal family. Queen Elizabeth is rumored to have promised William that he will ascend the throne ahead of his father if Kate became pregnant and by now everyone is in fact anxiously awaiting the arrival of a future heir.

Camilla is said to be completely ruthless and quite desperate to prove to the Queen that Will’s and Kate’s marriage isn’t nearly as good as everyone thinks. According to the latest issue of GLOBE, sources close to the royal family believe that perhaps Camilla had the bugs placed herself in the hopes of hearing some sort of damaging pillow talk that could be used to prove that William isn’t ready for the throne.

Even if Camilla had unearthed something, would it really matter? I mean Kate is a pillar of tact and class even if she does have a spat with her husband here and there. Camilla has never been liked and just recently was shipped off to Africa to rehab in peace and away from the media scrutiny.  Prince Charles after all of these years is best known for cheating on Princess Diana and writing rambling letters over nonsense. Frankly the Queen must be relieved to see an alternative to put on thethrone and the fact that William is a solid, good example  just makes it even sweeter!

Do you think Camilla is playing dirty to try and preserve her husband’s place in line? Tell us your thoughts in the comments below!