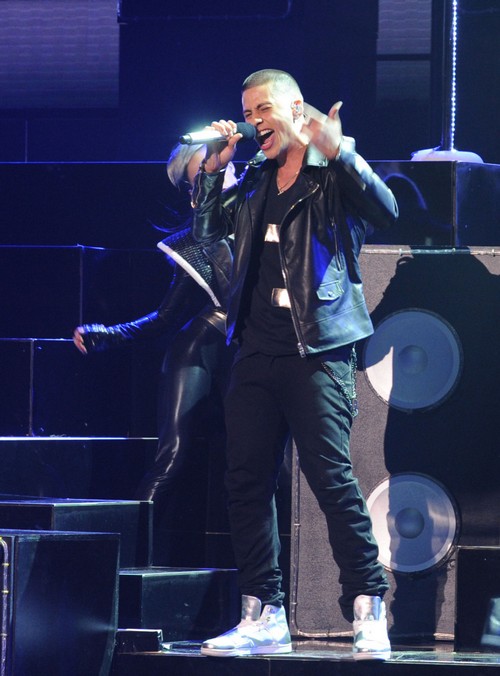 Carlito Olivero took the stage  on THE X FACTOR USA for his Top 3 FINAL live performances to impress America his celebrity duo with Prince Royce.  From team Paulina Rubina, Carlito Olivero sang “Stand by Me” Prince Royce’s version English & Spanish. On tonight’s show the top 3 performed live in front of coaches Simon Cowell, Kelly Rowland, Demi Lovato and Paulina Rubio for America’s vote and to be crowned the ultimate winner of The X Factor Season 3.  Did you watch tonight’s performance show? We did and we recapped it here for you.

Judges’ comments:  Kelly said, “Hand Claps all around, fine holiday fun.  I felt that was easy for you.”  Demi said, “First I thought the energy was low.  It was awesome to watch.  You showed you have what it takes to be a Latin pop star.”  Simon said, “This is what you what to be.  You were not overshadowed.”  Paulina said, “I think little by little you have been showing us.  A $1 million recording contract will change you.”  If you want Carlito to stay around another week you have to vote for them.  Right now it is anyone’s game and it is the last chance for the acts to impress.