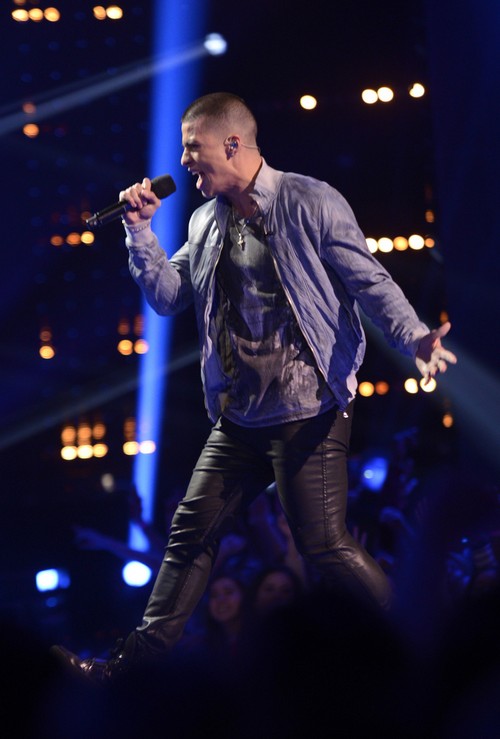 Carlito Olivero took the stage  on THE X FACTOR USA for his Top 3 FINAL live performances to impress America with a reprisal of his audition song.  From team Paulina Rubina, Carlito Olivero sang “Maria, Maria” originally sung by Santana. On tonight’s show the top 3 performed live in front of coaches Simon Cowell, Kelly Rowland, Demi Lovato and Paulina Rubio for America’s vote and to be crowned the ultimate winner of The X Factor Season 3.  Did you watch tonight’s performance show? We did and we recapped it here for you.

Judges’ comments: Kelly said, “You know what Carlito you have come a long way.”  Demi said, “I know how bad you want this and I think this was a great performance.”  Simon said, “Carlito you have earned my respect and America’s respect.  You have been a pleasure to work with.”  Paulina said, “Carlito you came with a dream.  You have an appreciation and the passion and you deserve this.”  If you want Carlito to stay around another week you have to vote for them.  Right now it is anyone’s game and it is the last chance for the acts to impress.