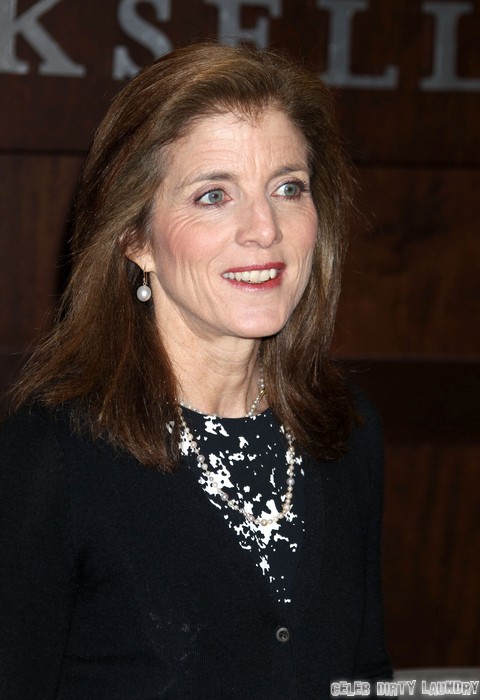 When Caroline Kennedy married Ed Schlossberg back in 1986 after 5 years of dating, the general public believed that they were a true love match in spite of a twelve year age difference. There were always problems though and even Jackie Kennedy tried in vain to prevent the marriage from ever happening. The couple are virtual opposites, with Caroline very rooted in society and political functions while Ed prefers to be holed up in his office writing.

The staunchly Catholic couple has opted to put on appearances rather than divorce or even admit that their marriage is in serious trouble. Instead Caroline lives in a Park Avenue mansion while Ed owns an apartment in Manhattan’s West Village close to his office. The two seem to only unite for family occasions and those close to the couple say that the marriage for all intents and purposes ended years ago.

According to the April 22nd print edition of GLOBE, when Caroline decided to take a high profile ambassadorship to Japan, it was the final straw for Ed. He actually issued her an ultimatum- either their marriage or this job- and she chose the prestigious position over her husband. Supposedly, President Obama has known that Caroline has been looking for an excuse to leave NYC and he thought that this position was the perfect solution. Unfortunately, her three kids don’t agree, as they can’t understand why their parents’ marriage is in such bad shape.

Do you think that Ed will do the unimaginable and file for divorce from Caroline, or will he continue to lead a separate life within the confines of his marriage? Would they be better off pulling the plug and then having the chance to find a happier relationship? Tell us your thoughts in the comments below!