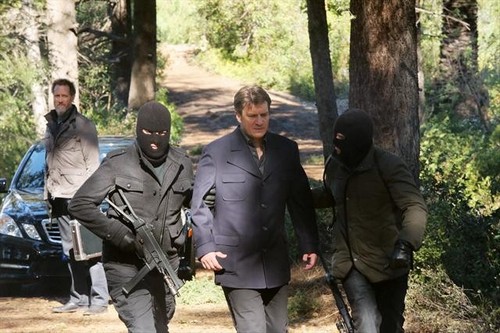 Tonight on ABC their hit crime drama CASTLE returns with a new episode called “Hunt.” On tonight’s show Castle learns that Alexis’ kidnapping could be part of an even more sinister agenda. Did you watch last week’s episode? We did and we recapped it here for you!

On last week’s show in the first of a two-episode story arc, Castle & Beckett began a murder investigation that also exposed a plot to kidnap the daughter of a wealthy Middle Eastern businessman. Dylan Walsh (“Nip/Tuck”) guest starred as FBI Agent Harris, an even-keeled professional brought in to help find the kidnappers.

On tonight’s show in the powerful conclusion of a two-episode story arc, when the FBI fails to get his daughter back, Castle takes matters into his own hands, reaching out to a shadowy fixer to help him recover Alexis. But Castle soon learns that his daughter’s kidnapping may be part of an even more sinister agenda. 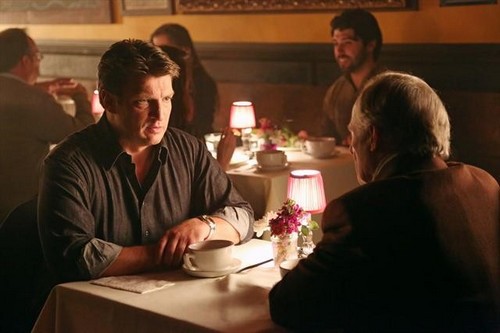 RECAP: Castle knows his daughter is in Paris and wants to know why, he’s being told that they need to follow certain protocol and be patient if he wants to find Alexis. Castle reveals to Becket that Alexis sounded very scared and there was nothing he could do. There is a ransom demand, 15 million Euro. The drop is arranged, Al-Mazri pays the demand, but only Sara is let go, not Alexis.

Esposito and Becket are trying to look for clues, but the come up with nothing. Becket heads over to Castle’s house and finds Martha, he never returned home and his passport is gone, Castle is in Paris and he is taking matters into his own hands.

Becket decides that she is not going after Castle because she doesn’t have jurisdiction there and she needs to think like a cop.

Castle meets up with Gaston, the secretary of the Minister of Defense that appears to be an old friend. Castle begs Gaston for help, no matter the cost, Gaston tells him to stay by phone.

Becket and Esposito try to track down the plane that flew Sara and Alexis to Paris. Meanwhile, Castle gets a message on his phone to meet someone at a church who escorts him through a passage way to meet with some guy who analyzes Castle’s cell phone call from Alexis. The guy thinks he may have found her location from the sounds, they are like fingerprints and no two are alike.

Becket locates the guy who was hired to kidnap the girls, but someone got to him first and he is gone. They find a computer and she tells Esposito to get it to tech.

Castle and his hired help, Henri, may just have found Alexis, they are all together and go into the building where they think she is located based on that call she made to Castle.

Castle finds a strand of hair, he knows it belongs to Alexis, but it is gone. Whoever is behind the kidnapping has intelligence training, they find a bugging device and the guy Castle hired basically threatens the kidnappers into giving Alexia up or he is going to go after them. The phone rings, the kidnappers want to talk.

Henri is back, Alexis is safe and he has a photo of her with a current newspaper to prove it. The kidnappers will let her go, but they want more money.

Back at home, Becket has figured out that Alexis was not in the wrong place at the wrong time, she was actually the target and Castle is in danger.

Castle is at the drop with Henri who turns on him. Castle is drug to his knees and just as these masked bad guys are about to shoot him, he hears shots and they all fall down by some stranger named Jackson who then shoots Castle’s phone as he is speaking to Becket who manages to tell him that Alexis was the target, the guy tells Castle to get in the car.

Castle is taken to an apartment, where he sees lots of pictures of Alexis on the wall. A phone rings, it is a clone of Castle’s phone and a guy on the other end admits that he has Alexis. Ok, this is getting weird, it turns out that Jackson is Castle’s father and he screwed up some job, so the bad guys know that Alexis is his granddaughter and want to trade her life for Jackson’s life. It turns out that Jackson is an intelligence spy and explains that what he does means no communication with his family, but he has been watching them their whole lives. Jackson reveals that the guy who kidnapped Alexis is from the KGB. Jackson and Castle work together to figure out how they can storm the compound and save Alexis before the drop.

Castle gets inside the compound and he finds Alexis who is in a cage just when the kidnapper walks in armed. The kidnapper gives Jackson ten seconds to give up just when explosions start to go off and both Alexis and Castle just keep running until they reach the US Embassy.

The two make it out safely and home to Martha and Becket who are thrilled to see them. Castle receives a package that arrived for him earlier in the day, it is a book, Casino Royale that his father sent him. Castle then tells Martha, that he has something to tell her.