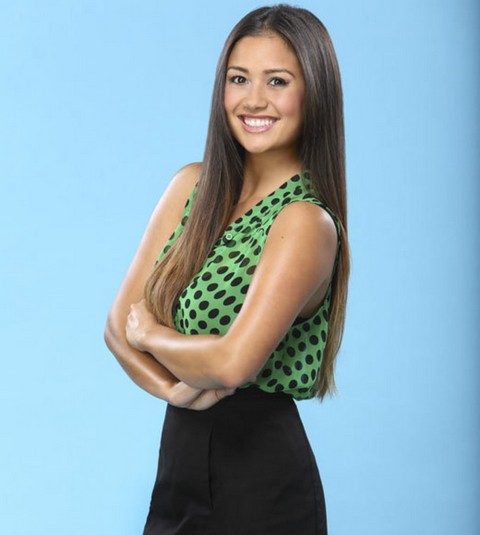 An unprecedented move! Contestants on The Bachelor or The Bachelorette often throw themselves desperately into love’s path, believing that desperate times call for desperate measures. The set up is pretty sad: the potentials make themselves totally available, and are entirely at the mercy of the chosen one. But Catherine Giudici refused to compromise herself for the sake of the show—or for Sean Lowe! The Seattle native vegan food blogger favors open communication—she even confessed her family’s dark past to Sean while in St. Croix. But when it came to the overnight date, Catherine wasn’t eager to join Sean in the fantasy suite.

“She got flustered telling Lowe how she had wrestled with the decision to stay overnight,” reports Us Weekly, print edition March 4, 2013. “He just wanted to talk.” Sean has been very open about his re-virginized status, but it could be all talk. Only the contestants, Sean, and god (Chris Harrison) will ever know what went down once the doors closed! And though Sean “didn’t say they wouldn’t have sex . . . his meaning was clear.”

Of course, Sean’s sex life is irrelevant when considering Catherine’s dating history. Friends say that her past relationships “never worked out,” though the goofy girl has earned a reputation as “the life of the party.” Then again, Catherine is only 26, hardly an old maid! During the hometown date, she said that, were Sean to propose, they’d be in no rush to wed, as they both have tons to accomplish first. Do you think Sean will pick Catherine? Click here for our finale spoilers!