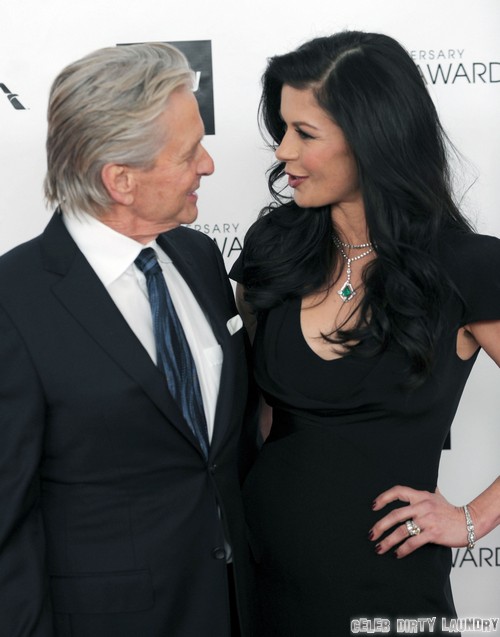 Remember awhile back when Michael Douglas told the entire world that his throat cancer was actually the result of a particular strain of HPV that he caught while having oral sex? Remember how his candidness stunned people? I think at the time we were all so surprised by it all that no one really thought about the motivation behind his words and it seems a better understanding has hit the news stands.

According to the Aug. 12th print edition of Star magazine Michael blames his wife, Catherine Zeta Jones for the cancer and he actually mentioned it intending to cause her a ton of embarrassment. These two have had a hell of a ride and at first it seemed like the problems were evenly distributed. Michael had cancer and his son, Cameron Douglas, is incarcerated for a multitude of drug related charges and then Catherine battled booze and mental illness.

However if Catherine ultimately caused Michael’s cancer then the majority of the huge issues between them have come from Catherine. Michael has hung in there through countless fights over her drinking, rehabbing and then there’s the in-patient tweaking of her bipolar disorder. In other words, it has been a lot to handle and sources say that he is done and has already met with divorce attorneys. Michael knows that he is going to lose a huge chunk of cash but claims not to care as long as it keeps him from having to spend any more time in hell with his wife!

Did you realize that things were this bad for these two? I have to admit I thought that they were one of those rare Hollywood couples that would someone slide through anything and everything with their marriage intact. Tell us your thoughts in the comments below! 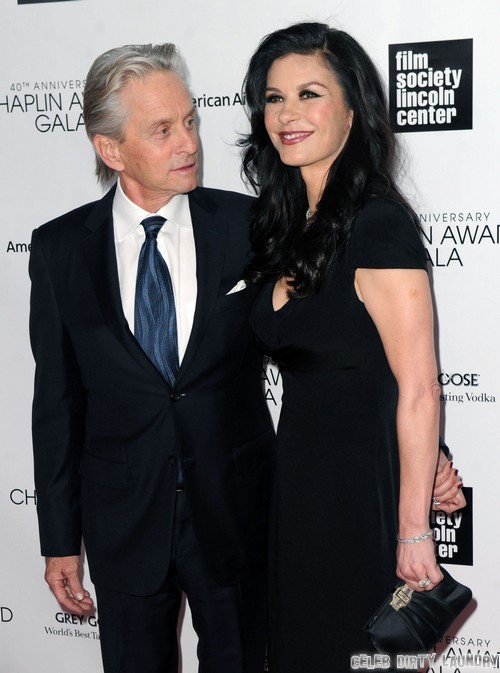