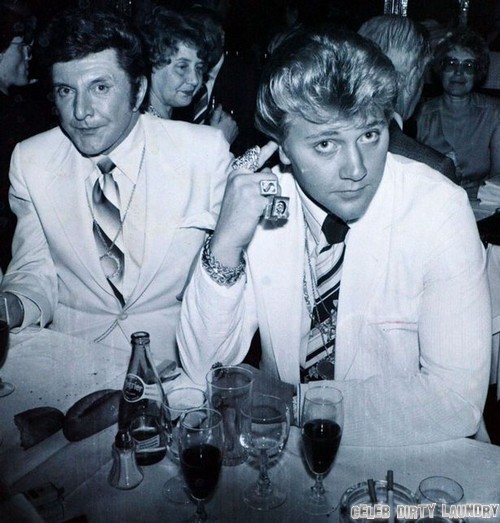 Ew, ew, ew. That pretty much summed up all my feelings about Michael Douglas’ HPV confession, which was made even more disgusting by the fact that he claims he got it from oral sex. Now, Michael Douglas and Matt Damon don’t have actual sex in Behind the Candelabra [in movie land, they fake sex scenes with trick photography], but they did kiss quite a bit. Does this mean that Matt could have been infected with HPV?

The Enquirer has a new report about how everyone’s talking about a possible transmission of HPV during Matt and Michael’s love scenes in the HBO Liberace film, with a source adding, “There’s no delicate way to put it — did Michael’s enthusiastic open-mouthed kisses in their love scenes transmit the HPV virus to Matt? That’s the embarrassing question everyone’s asking!”

There’s also the fact that when actors kiss in movies, they generally don’t swap spit. It’s not like kissing in real life, but rather a lot more chaste. It’s all movie magic, folks. So even if people in the industry are worried about Matt Damon getting HPV from Michael Douglas, they should stop worrying, especially because I doubt Matt is.

What do you guys think about the Michael Douglas HPV saga? Douglas tried to take back his statements of getting HPV from oral sex, claiming that his words were taken out of context. I think he was just trying to save face, but his confession’s already started a tide of tabloid stories about him.