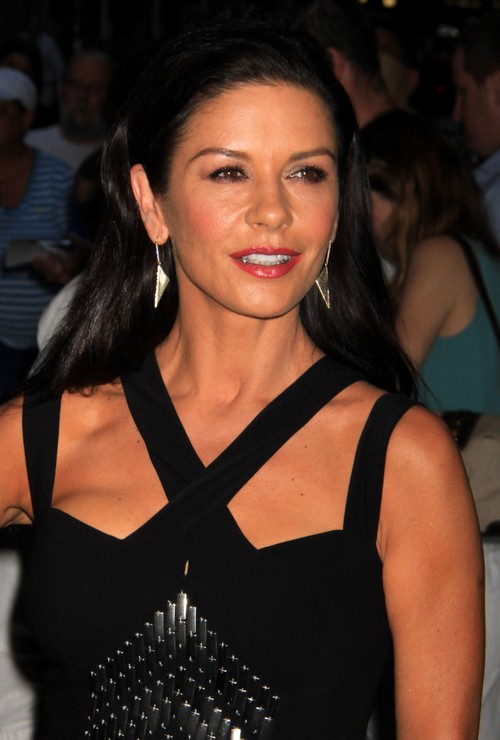 I have a feeling we will be hearing a lot more details about the demise of Catherine Zeta-Jones and Michael Douglas’ marriage. Of course Michael is trying to downplay things right now. It’s all kind of iffy and a divorce is up in the air plus they have two young children that need to be protected as much as possible. Make no mistake though, these two have been on the rocks for quite awhile now.

According to the Sept. 16th print edition of National Enquirer it is actually Catherine’s out of control drinking that has pushed Michael away. The two have been spotted out to dinner and while Michael will have one drink, Catherine mixes her vodka with even harder drinks until she becomes completely volatile. Let’s not forget she’s also bipolar which means the actress needs her daily medication and mixing booze into that regimen is never a good idea.

Michael also has serious concerns that Catherine still has a thing for her ex-boyfriend John Leslie. He and Catherine dated for 18 months nearly 20 years ago but for some reason Michael’s spidey senses have tingled and he fears that their continued relationship has crossed lines. If it is revealed that Catherine actually has cheated that would mean that Michael would shell out a whole lot less in divorce court if these two should ultimately end up there.

Do you think that there is any chance that Michael and Catherine will patch things up now that the damage has become so public? Tell us your thoughts in the comments below!