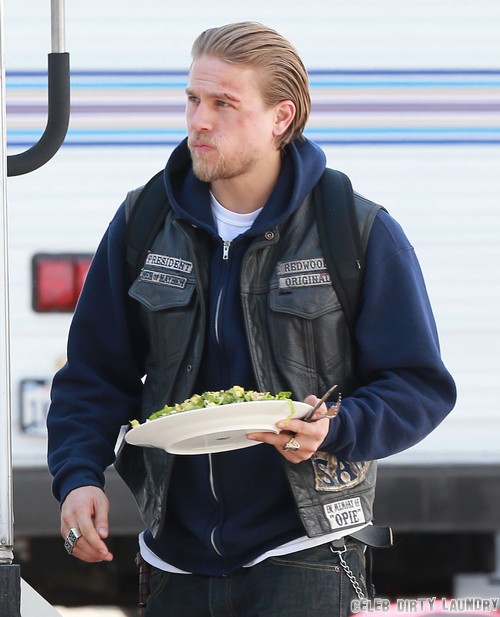 According to the official reports, Charlie Hunnam quit Fifty Shades of Grey because he got cold feet. The attention turned out to be too much for him, and it looks like his desire for privacy overwhelmed his desire to get famous. But is that the truth?

Look, I don’t doubt that it’s part of the truth. Charlie has always struck me as being very private, both from his interviews and his career choices. He could have made a career as a leading man in the last decade by agreeing to do any number of the numerous romantic comedies and teen movies offered to him, but he turned them down. He took a year off from acting to write a screenplay that was later bought by Brad Pitt’s production company. He’s definitely someone who’s thinking about his long-term goals, and it’s obvious in his choices. And with Fifty Shades of Grey, he may have decided to go ahead and make the leap into stardom, but he probably realized he didn’t want to do that with a subpar product – and I’m sorry to any of the fans, but there’s a low, low chance that this film will turn out to be a quality film.

Now, even if the fan attention and his reticence to be part of a shitty movie were part of his decision to drop out, there are sources claiming that there was something else involved. They claim that because the Robert Pattinson and Kristen Stewart romance during the Twilight era created so much buzz and media attention, Charlie was being asked to participate in a similar ‘showmance’ with Dakota Johnson, his co-lead in Fifty Shades of Grey.

Now, Charlie is a very, very private person and he’s been with his girlfriend for a very long time. He’s living with her, and short of getting married, they’re as strong as you can get. So if he was asked to create a fake romance with Dakota, I have no doubt that he balked. In fact, I could easily see him thinking through his reservations regarding  the film and then realizing it wasn’t worth it, especially if he had to choose the film over his girlfriend.

What do you guys think? Do you think Charlie was ‘fired’ because he refused to participate in a showmance with Dakota Johnson? Let us know your thoughts in the comments.