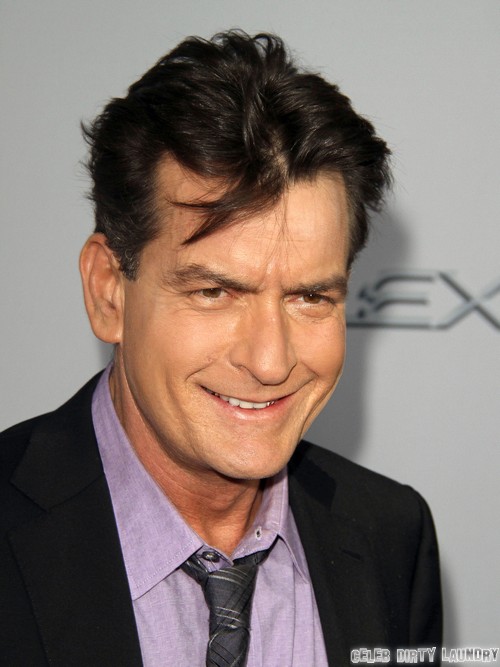 Charlie Sheen is loving the fact that Denise Richards is such a good mother to all of his children. After the Department of Children and Family Services awarded custody of Max and Bob to Denise because their mother, Brooke Mueller, is a total junkie, Charlie seemingly fell in love all over again.

Apparently Charlie wanted to make their union more permanent. A source revealed that Charlie has already proposed marriage to Denise! The snitch said, “When Denise took Charlie’s twins into her home last December after troubled Brooke entered rehab once again, Charlie suddenly realized it was the very first time his sons had lived in a healthy environment – and the first time he’d been able to begin building a relationship with them.”

The source went on to say, “And Denise loves those twin boys just like her two daughters by Charlie, Sam and Lola. When the boys were returned to Brooke, Denise told a pal, ‘I felt like my heart was being ripped apart.’ Not only is she totally loving to the boys, she’s helped Charlie to build a relationship with them. And she’s agreed that if they can talk a judge into giving her custody, she’ll happily care for the twins full time. Denise even agreed to Charlie’s request to adopt the boys, but legal experts advised there are too many complications to even consider it.”

With regard to getting re-married, a source close to the situation tells Celeb Dirty Laundry that it’s going way too far. The source said, “That’s going too far…it’s never going to happen.”

A pal added, “He’s refusing to give up on his idea of a happy remarriage that will reunite his children in a safe and happy hope – and he’s telling Denise he won’t take no for an answer!”

At least he has good intentions, no?