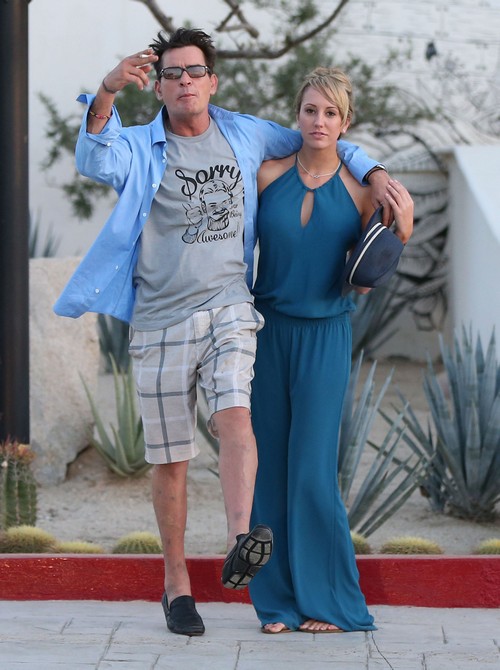 Yet this one is much different than any of her predecessors. For one she happens to be calling all the shots instead of being the decorative arm-piece she was supposed to be. “His team expressed concerns over the relationship… He was not happy with being questioned about who he was dating, so Charlie fired them all. Brett had also encouraged Charlie to get rid of Mark, Larry and Jason because she believed they didn’t like her and were sabotaging the relationship”. You see she’s refusing to learn what her role is and Charlie is too infatuated to check her. He’s going down and she’s helping him to do it at an alarming rate.

But to be honest you can always tell when Charlie is about to go into a downward spiral and it takes more than unprofessionalism. The very first sign was when Denise Richards suddenly cut him out of the family’s vacation. Out of all his exes, she’s the one that he has the most respect and consideration for. If she let him go then it means she was forced to do it. Its actually quite similar to when she filed for divorce. At the time she was pregnant with their second child so everyone wondered how low he must have sunk for her to leave him just then. Currently, she was helping him protect his kids from druggie Brooke Mueller when unfortunately she cracked and this lead him to slip into his nasty old habits. Like trying to find comfort in a harem!

Whenever Denise stops supporting him, then everything becomes obvious! It’s like watching reenactments of people fleeing the Titanic. Because no one will be able to help Charlie. Not unless he learns to help himself.