Cher Reveals Tom Cruise Was One Of Her “Top Five Lovers” – Gross or TMI? 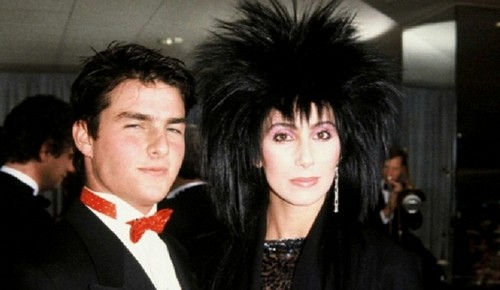 Oh Tommy boy, you never stop surprising us. When Cher was a guest on Bravo’s Watch What Happens Live, she was interviewed by host Andy Cohen about her love life. She was asked specifically about who was her ‘best lover’ in all of her relationships, and her answer surprised everyone, including Andy.

She first said, “A lot of them kind of came in first. I’ve had just the greatest lovers ever!” And when Andy asked her specifically about her rumored relationship with Tom Cruise in the eighties, Cher replied that Tommy was one of the top five lovers in her life.

Who knew Tommy was so good in the sack? Maybe this is why Katie Holmes stayed with him for so long despite the Scientology and the crazy. Of course, she was also brainwashed and trapped, so there’s that.

But really, do Cher’s revelations about Tom Cruise surprise you? If you asked me to name the top stars in Hollywood today that would be good lovers, I would never, ever have thought to name Tom Cruise. I mean, he’s so robotic and pre-packaged nowadays that you kind of forget how charming and charismatic he was in his Top Gun days. Could it be that over time, he just lost his charm? Or maybe he lets it all out when he’s having sex, but since we’re not having sex with him, we don’t know about it. Obviously, we didn’t have Cher to tell us, but now that she has, has your impression of Tommy boy changed?

Mine certainly has. Every time I look at him now, I’m probably going to be thinking about him with Cher. Which isn’t necessarily a bad thing, because every time I used to look at him, I just felt bored.