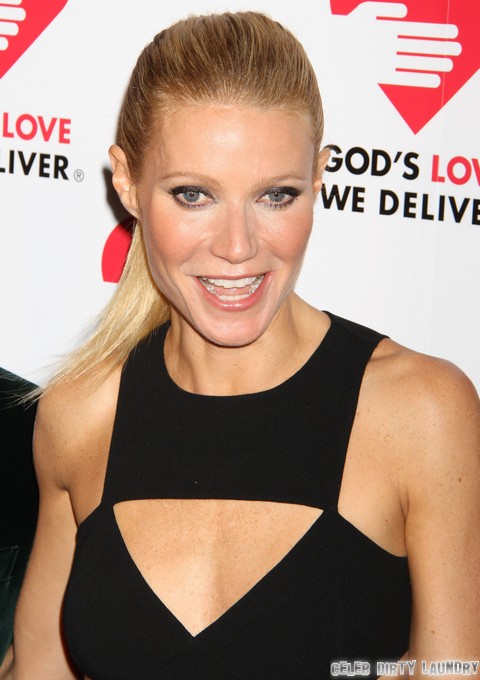 It looks like Gwyneth Paltrow’s plan to become a huge media personality is working, but for all the wrong reasons. She recently came under fire while doing interviews to promote her new book because she admitted that her carb free diet that is enforced at home leaves her two children at times hungry. The backlash began almost instantly because kids need carbs in order for their brains to work properly so not only is she starving her kids but she’s also purposely making it harder for them to do well in school.

That was bad enough, but then Gwyneth dropped her list of spring fashion must-haves and it totaled more money than the 99% earn in a year! So much for connecting with the average person, she is so far out of touch it’s ridiculous. While Gwyneth wants to be a go-to person for women with families she is completely unrelatable and every new project only seems to widen the gap.

Now even her husband, Cold Play’s Chris Martin, is pissed off. In the name of being honest Gwyneth recently talked about suffering a miscarriage and according to the April 8th print edition of Star, her husband flipped. Chris is intensely private and hates to have any serious part of his life be handed carelessly to the media. The fact that his wife did it was nearly unbearable and her need to give TMI is causing a serious problem in their marriage.  He supports the things that his wife wants to do but he’s really struggling with the idea that everyone knows so much about his young family.

Are you a fan of Gwyneth’s or do you wish she would just go away and shut up once and for all? Tell us your thoughts in the comments below!