Chris Pine and Dominique Piek Split – Break Up For Star Trek Into Darkness! 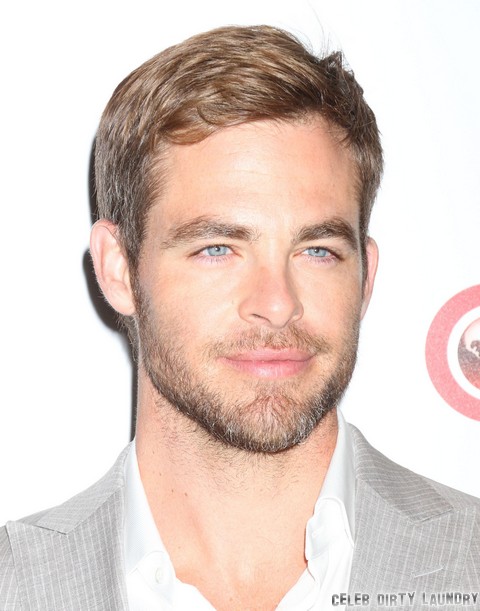 Chris Pine split up with his girlfriend Dominique Piek. The actor whose best known for playing the role Captain Kirk in “Star Trek,” ended his relationship with Dominique Piek after dating the model for more than one year. The break up might have happened a while ago but who can really be shocked by another Hollywood break anyway?

The couple had been famously tight lipped about their relationship and was last spotted out and together at LAX Airport back in December. This is normally not a sign that a relationship has ended but in Hollywood it’s a sign an end is coming soon. Dominique is a beautiful South African model and it is reported that their heavy traveling schedules conflicted and it made it too hard to make their relationship work. Shocker another Hollywood couple using schedule conflict as the cause of the split!!!

According to Us Weekly the star of “Star Trek Into Darkness” and his girlfriend considered their split to be mutual.

The release of Star Trek Into Darkness in theaters May 2nd, 2013 and the new found interest from Hollywood could be the reason Pine wanted to become an eligible bachelor again. When “Star Trek Into Darkness” hits and things begin to get busy for Pine he feels their lives might be better off by separating in order to concentrate more on their careers – Hollywood Translation: I want to be free.  Hollywood prefers single stars – notice how Jennifer Lawrence dumped Nicholas Hoult for award season this year – if you thought that was a coincidence then you don’t understand Hollywood.

Don’t expect Pine to remain single for long, as he is one of Hollywood’s most eligible bachelors and will have no trouble finding his next love interest.

ARE YOU SURPRISED that Chris Pine and Dominique Piek have reportedly split. Share your thoughts on the latest but not last Hollywood couple to end it all again.